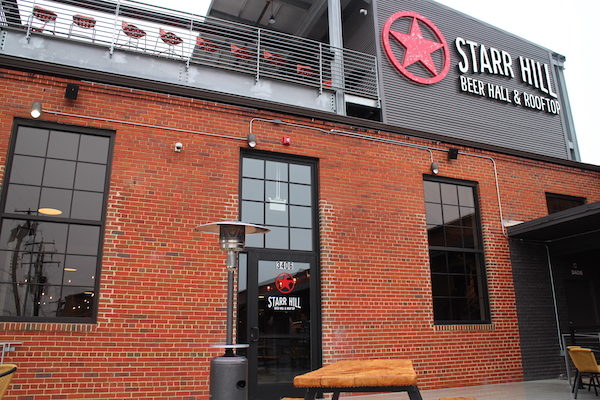 The brewery is leasing space in an old linen warehouse that was redeveloped by Thalhimer Realty Partners. (Photos by Mike Platania)

A brewery from the Blue Ridge Mountains has opened an outpost in Scott’s Addition, the latest in a series of satellite taprooms that the 20-year-old beermaker plans to open across the state.

Starr Hill Beer Hall & Rooftop opened over the weekend at 3406 W. Leigh St. The 8,500-square-foot location includes a stage, a 10-barrel brew system and 24 beers on tap, both inside and on the roof. 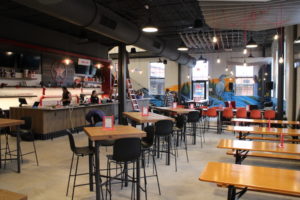 The brewery has 24 beers on tap, with an additional bar on the roof.

Starr Hill Brewery, based in Crozet, finalized plans for the Richmond location just shy of a year ago. It also announced plans earlier this year for downtown Charlottesville and Lynchburg locations.

Founded in 1999 in Charlottesville, Starr Hill is among the oldest craft breweries in the state. It operates a taproom in Roanoke in addition to its headquarters, which was moved from Charlottesville to Crozet in 2007.

General Manager Allie Hochman said all of the beers brewed at the Scott’s Addition location will be exclusive to Richmond, while its taps also will serve Starr Hill’s beers from Crozet. The first exclusive will be River City Red, a 6.2 percent ABV Red IPA. 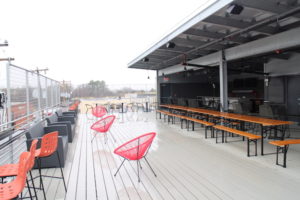 Starr Hill is the second brewery with a rooftop bar, joining Dogtown Brewing Co. in Manchester.

Hochman added that they plan to have live music at the brewery every Friday and Saturday night, along with a regular rotation of food trucks.

The rooftop includes an additional 24 taps, and views of The Diamond and parts of downtown. Beers at Starr Hill range from $6 to $7.50 per glass.

Starr Hill is the 11th brewery to open in Scott’s Addition, which also is home to three cideries, three distilleries and a meadery. 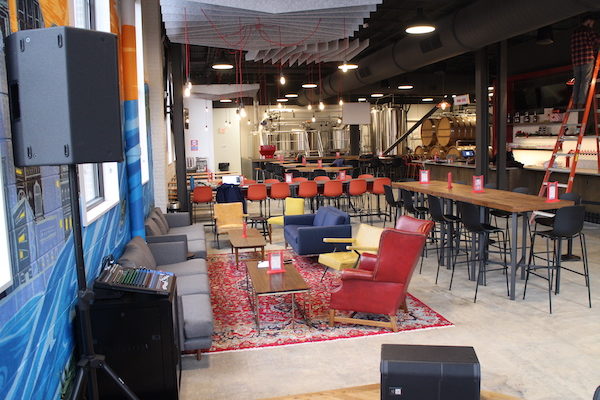 View of Starr Hill’s downstairs from its stage.