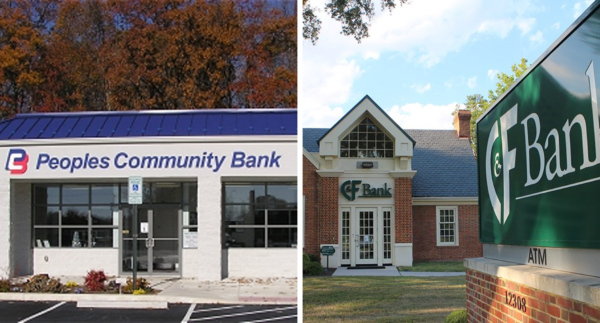 Starting off the new year with a bang, locally based C&F Bank has finalized its deal to acquire Peoples Community Bank, a small institution based in Montross, Virginia, on the Northern Neck.

The cash-and-stock deal, as announced in August, was valued at around $21 million and closed at the turn of the new year on Jan. 1. C&F now has $1.8 billion in total assets after taking on $192 million from Peoples.

Tom Cherry, CEO of C&F, said other parts of the combination will be finalized later this year, such as converting Peoples’ branches over to those of C&F and combining the two sides’ IT and back-office systems.

Each of Peoples’ five branches come over in the deal, adding to C&F’s 30 locations and giving it a foothold in parts of the state where it hadn’t previously been – the Northern Neck and Fredericksburg. 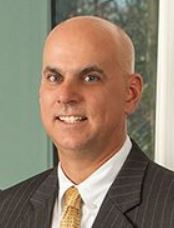 Cherry said that expanded geography was part of the draw for C&F. It now will have a presence in the counties of Westmoreland, King George, Richmond and Stafford.

He said the deal also was driven by C&F’s desire to create a larger scale across which to spread its investments in internal infrastructure. Acquisitions help it do that faster than organic growth.

“To be quite frank, we have to leverage some of that infrastructure through growth,” he said. “The rural markets we’re in have been very successful and those are similar markets that (Peoples Bank is) in.”

Cherry said there aren’t any layoffs planned as a result of the combination, though he expects there to be some positions trimmed through attrition.

Peoples CEO Bob Bailey and CFO Zirkle Blakey will be staying on in the interim, as will its chief credit officer.

The Peoples deal is C&F’s first acquisition since it absorbed the former Central Virginia Bankshares in Powhatan in 2014.

The bank has other moves in store for 2020, including its first downtown Richmond branch. It’s taking shape in the new Locks Tower, a $58 million, 12-story mixed-use building under construction at 1001 E. Byrd St. along 10th Street and the Haxall Canal.

Cherry said the bank hopes to be open in the space in the third quarter.

The bank also expects to break ground on its second Charlottesville branch this year.