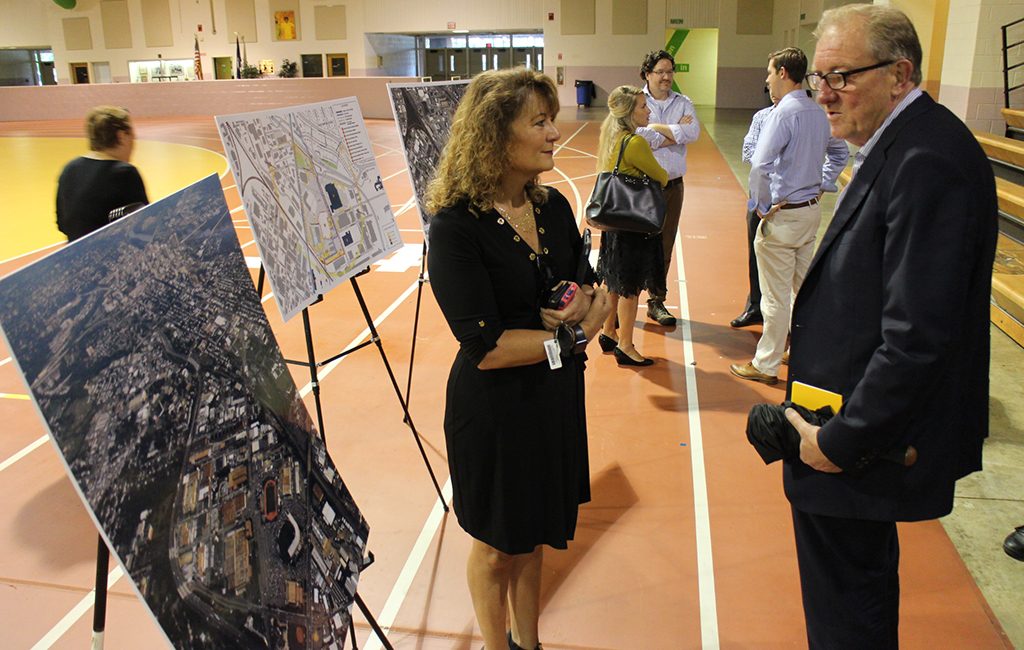 Jane Ferrara in 2016 at a meeting with developers about potential redevelopment of The Diamond site. (BizSense file photo)

Jane Ferrara, senior deputy director and COO of Richmond’s Department of Economic Development, is leaving city government after more than 14 years with the department. Today is her last day at the office, she said. She started with the city in 2005.

“I’ve been here 14 years, and I think I’ve tried to make my mark on the city and create some meaningful improvements,” Ferrara said Thursday. “Now it’s time to explore other opportunities.”

Asked if she plans to remain in government or re-enter the private sector, Ferrara replied, “We’ll see.” She said she did not have a new job lined up yet, though she added that she expects to have options from which to choose.

“There’s going to be some interesting possibilities out there, so I’m excited about that,” she said.

In her nearly 14½ years with the city, Ferrara has served as director of real estate and, since 2009, the department’s chief operating officer. She served nearly a year as interim director, from around the time former department head Lee Downey departed City Hall in 2018, to the appointment last June of current director Leonard Sledge.

Sledge said Ferrara informed the department of her desire to resign. He said she was not asked to resign and her departure does not include a severance payment.

“Jane has worked for the city for 14 years, and we’re really appreciative of her time and service to the citizens of Richmond,” Sledge said. “She’s worked on a number of projects that have been for the good of Richmond.”

In her time with Richmond, Ferrara has had a hand in numerous projects and initiatives, including the city’s deal to attract Stone Brewing to Fulton and the Bon Secours-backed Washington Redskins training facility.

She also oversaw the city’s last public push in 2016 to redevelop the city-owned 60 acres around the Diamond.

Prior to joining the city, Ferrara worked in the private sector, serving over 12 years as a managing director with Advantis Real Estate Services Co.

After more than a decade of such involvements, Ferrara said the time is right for her to move on.

“I felt like I had participated in some exciting projects, but just from a personal career point of view, I felt like I wanted to see what was next,” she said.

Ferrara’s departure adds to other high-profile exits in economic development departments in the region in the past year. In Henrico, EDA Director Gary McLaren retired in February and has been replaced by Anthony Romanello. Around the same time, Barry Matherly left Greater Richmond Partnership. New CEO Lara Fritts replaced him.

As one of Jane’s former employees at the City, I didn’t always agree with development plans, but she is always so professional,, courteous, and nice in all her dealing. She has been advocate and city supporter long before she worked at the City. Best wishes to her and her family in the future.