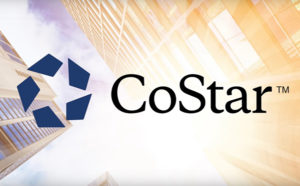 Should the Navy Hill development come to fruition, its backers have at least one large office tenant lined up for the project.

Mayor Levar Stoney announced at a press conference Monday that commercial real estate firm and major Richmond employer CoStar Group has struck an agreement with the Navy Hill developers to occupy a 400,000-square-foot office tower within the project. The tower would stand next to the proposed arena, which would anchor Navy Hill and replace the shuttered Richmond Coliseum.

If the overall Navy Hill project can make its way past City Council next month, the developers have agreed to deliver the CoStar tower by 2023.

CoStar, as part of the talks, has committed to doubling the number of jobs it plans to bring to Richmond to 2,000. That would be incremental additions over five years.

CoStar currently occupies the bulk of the riverfront office building it shares with packaging company WestRock. Last year, CoStar said it was adding 100 jobs there to bring its local headcount to 950 workers.

This is a developing story. Stay tuned to BizSense for more details.

Correction: The new CoStar building would be delivered by 2023. An earlier version of this story incorrectly reported a later year.

This is noise and means nothing for whether Stoney’s Navy Hill project should go forward. If Costar really wants to expand in the Richmond market they will find a location to occupy. The presence of a new arena won’t alter their expansion plans. That is not how business works. And a loose promise to do something within 10 years is basically not a real promise at all. If you haven’t noticed companies backing out of these vagues agreements with great frequency it is only because you haven’t been paying attention. To me this reeks of real estate insider backscratching. Costar… Read more »

Hi Michelle. I would like to respectfully disagree with your thoughts on this. Corporations are drawn to innovative and exciting development projects that provide unique places for their employees to work and live. I would be willing to bet my retirement that Costar wouldn’t come anywhere near the existing Navy Hill area in it’s current shape and without this proposed project. Furthermore, even if they chose to expand locally, I would suspect that Costar would join a legion of other corporations and locate their growth in Henrico, Hanover or Chesterfield counties. A project like Navy Hill will spur a whole… Read more »

Costar already opened one office near Brown’s Island recently. Didn’t take an arena for them to do that. They simply understood we had a talented workforce with a much lower cost of living than D.C. Chasing employers with tax breaks and shiny new amenities is just pits jurisdiction against jurisdiction and is a race to the bottom. That doesn’t help a tax base. Its just corporate welfare.

Corporate welfare at its worst. I’ve already told my council member how I feel about this. If this stinker goes through, it will set a precedent and every business that locates in the city will expect huge tax incentives.

I wonder how much pro Navy Hill organizers are paying for votes up/down. We know they pay at least $25 in meetings with elected officials. The crony scam is so apparent and a disgrace to any rational city dweller’s intelligence. Here’s an idea: Put the land on the free open market and have developers come do their thing with the already plethora of tax incentive options available to them rather than relinquish the power to the CEO of a monopoly who ignores laws (see environmental violations, continuing to do work despite having cease and desists for violations, refusal to pay… Read more »