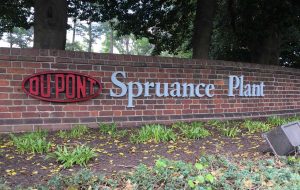 DuPont announced it will modernize and expand its manufacturing and technology presence in Chesterfield County, the company’s largest manufacturing site. The global provider of technology-based materials and ingredients said it would invest more than $75 million in the Spruance site, creating approximately 60 new jobs in the next several years, according to a release.

DuPont is eligible to receive sales and use tax exemptions on manufacturing equipment, as well as benefits from the Port of Virginia Economic and Infrastructure Development Zone Grant Program. 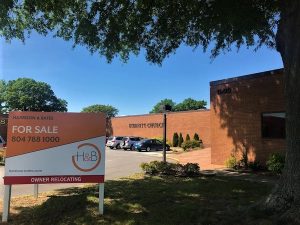 The Salvation Army has the former Eternity Church building in Northside under contract for an undisclosed price. (BizSense file photo)

Richmond City Council meets in regular session Monday at 6 p.m. Business on the regular agenda includes a special-use request that would allow The Salvation Army to move its Central Virginia headquarters to 1900 Chamberlayne Ave.

Also on the agenda, David Johannas and property owner Ronald Nixon seek a rezoning to allow up to 18 apartments at 1000 W. Franklin St., as part of an infill development planned between two existing buildings along Franklin near Harrison Street.

A public hearing on proposed rules for short-term residential rentals in the city is slated to be continued to council’s Jan. 27 meeting to allow for an amendment to the document. Related to that topic, Mark Baker with Baker Development Resources seeks a special-use permit to convert a building at 18 W. Franklin St. into a five-unit short-term-rental tourist home.

RRHA is one of 12 housing authorities in Virginia to receive a portion of more than $883,000 allocated. The funds will be used to provide an additional five housing units for veterans within RRHA’s service territory. To date, RRHA has placed 80 veterans through its Housing Choice Voucher Program, and 15 veterans are currently obtaining housing.

In December, RRHA was awarded over $491,000 from HUD to award 60 vouchers to qualifying non-elderly residents with disabilities. Also that month, the authority hired Angela Fountain as communications and public relations director. Fountain was previously senior public information manager for the City of Richmond Department of Public Utilities for 13 years.

Powhatan County Administrator Ted Voorhees resigned at the request of the Board of Supervisors, effective Jan. 6.

In a release, the county said: “In the November election, the citizens of Powhatan made it clear they wanted a change of leadership for the County. As part of that transition, the newly elected Powhatan Board of Supervisors has requested and accepted” Voorhees’ resignation.

Assistant County Administrator Bret Schardein is serving as interim county administrator until a replacement is hired.

Peeks is a Midlothian resident who most recently worked as budget and performance reporting manager for Virginia Retirement System. Epps is a lifelong Chesterfield resident and previously served as assistant director of the county’s transportation department. Durden joined Chesterfield County government in 2017 in her current role as technology audit manager.