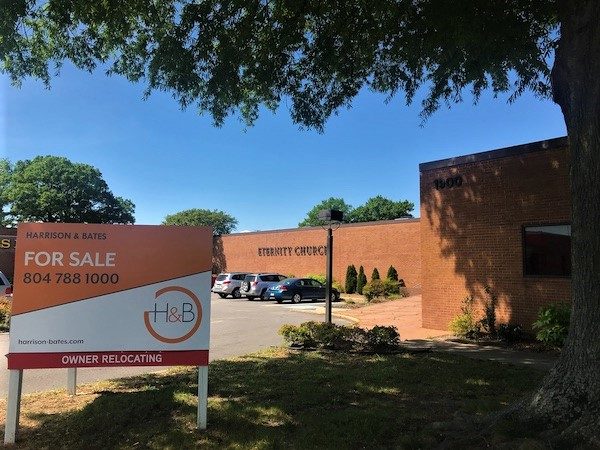 The Salvation Army has the former Eternity Church building in Northside under contract for an undisclosed price. (Photos by Mike Platania)

A local nonprofit is looking to jump from downtown to the Northside, with plans for a new facility that will be four times the size of its current home.

The Salvation Army has applied for a special-use permit to move its Central Virginia headquarters from 2 W. Grace St. in Monroe Ward to 1900 Chamberlayne Ave.

The organization is under contract to purchase the Chamberlayne property from Eternity Church, which operated there until it moved to 1200 Wilmington Ave. in late 2017.

The new facility would enable the Salvation Army to centralize all of its local operations into 100,000 square feet, a big jump from its current 23,000 square feet on Grace Street.

Salvation Army spokeswoman Evanne Armour said the group simply outgrew the West Grace space, where it has been since the early 1970s. 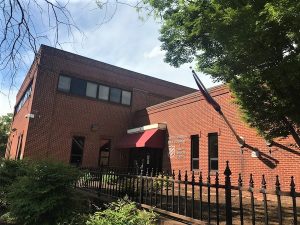 If approved, the nonprofit will vacate its headquarters on West Grace, where it’s been since the 1970’s.

“The need for our services in Richmond is not going down. We’re constrained to what we can do in (the West Grace) space, and as demand goes up, we want to be able to help meet that,” Armour said.

Armour said the project also is part of the nonprofit’s national plan to have all of its regional operations work out of centralized locations, each branded as a Center of Hope.

She said the group would move its administrative offices and social service programs to the new site, including emergency housing, rehabilitation programs, financial assistance, meals, and business and academic classes.

“Right now, what we’re able to do for our emergency and crisis housing is offer 55 beds,” Armour said. “The new space would allow us to go up to 97.”

Project cost was not disclosed.

Harrison & Bates’ Sara Williamson and Bill Mattox have the listing on the Eternity Church building, which most recently was assessed for $3.4 million.

The Salvation Army applied for the SUP on April 3, with Williams Mullen attorney Preston Lloyd acting as counsel. The permit will need Planning Commission and City Council approval in order to take effect, and would allow the Salvation Army to operate on the Northside property that is currently zoned M-1 Light Industrial with an exemption for a place of worship.

The nonprofit has three other locations in the city: a Citadel Corps ministry center in Southside, an adult rehabilitation center near The Diamond and a recently opened Boys & Girls Club in the East End. Armour said those locations will not be affected by the move.

In its most recently published annual report in 2015, The Salvation Army’s local chapter reported $5 million in revenue and $5.28 million in expenses. 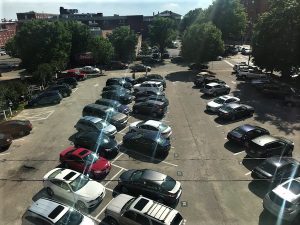 The Salvation Army also owns a parking lot at the southwest corner of West Grace and North Adams streets.

As for the future of its Grace Street real estate, Armour said the organization still is deciding what to do with it. The nonprofit also owns an adjacent surface-level parking lot, which combined with the 23,000-square-foot building, takes up about an acre in Monroe Ward. The property most recently was assessed at $1.7 million.

SNP Properties bought many of the buildings on the surrounding block that backs up to Broad Street in Monroe Ward, including 5-7, 13-21, 23 and 27-29 W. Broad St.

The Salvation Army’s SUP is not yet listed on the Planning Commission’s agenda. The next meeting is scheduled for May 6.

Harrison&Bates is closing brokerage in 30 days but we’re not going down with a whimper. congrats to SaraMarie and Bill for putting this important project [email protected]

No joke in one of your last activities involving a City Special Use Permit…that will be going out with a real bang after a couple of months of delays.