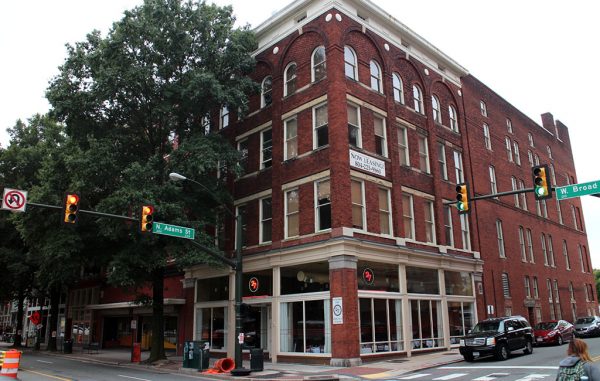 The deal includes three properties consisting of five buildings on the same block, at 5-7, 13-21 and 27-29 W. Broad St. (Jonathan Spiers)

A local player making moves in Jackson Ward has added 100 apartments and several storefronts along West Broad Street to his portfolio.

Developer Eric Phipps closed Tuesday on a $15 million deal for three buildings on the same block at 5-7, 13-21 and 27-29 W. Broad St. They include the 102-unit West Broad Street Apartments and five street-level storefronts totaling more than 10,000 square feet.

The seller in the off-market deal was C-III Capital Partners, a Texas-based firm that purchased the properties in 2014 for $9.81 million through RFII Broad Street LLC. The firm represented itself in this transaction.

Phipps was represented by One South Commercial’s Lory Markham, Ann Schweitzer Riley and Tom Rosman. Markham, who joined One South this year after a decade as a Richmond city planner, said Phipps was looking to add to his portfolio, which is slated to include a 1-acre parcel at 2 E. Marshall St. that Phipps is eyeing for a five-story, 167-unit apartment project. 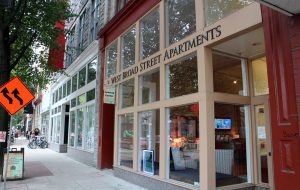 Phipps is under contract to purchase that parcel and expects that deal to close in early October. The West Broad Street properties represent the first acquisition for EGP Properties, which Phipps started in January after 20 years in multifamily real estate acquisition and development.

Phipps said the West Broad Street purchase is a joint venture between EGP and Powhatan-based Southern Properties, which also is collaborating with Phipps on the Marshall Street project, the $27 million Marshall Lofts.

Phipps said the West Broad Street deal came about through discussions with C-III to secure a parking easement for the Marshall Lofts site.

Phipps is planning $9,000 of upgrades to each of the apartments’ 102 units, bringing the total investment there to $918,000. He also plans to upgrade the long-vacant commercial space, which he said is arranged to accommodate a restaurant.

Featuring floor plans ranging from one to three bedrooms, the apartments were part of a $13 million renovation to the properties in 2014 by a group that included Ron Hunt with Genesis Properties and contractor KBS. Rosman helped to coordinate that effort. 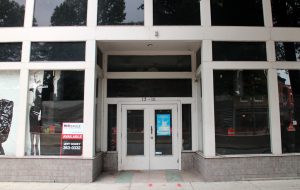 “Obviously they had a lot of foresight with seeing the potential there,” Rosman said, noting interest in the area that has ballooned in recent years with additions such as Quirk Hotel, Ledbury and the Central National Bank building’s conversion to apartments.

“It took a lot of hard work getting there, but we kept after the seller,” Rosman said of the Phipps deal. “We were able to impress upon them that Eric has the experience and the financial backing and strength to make this work and make the project even better than what it is now.”

Phipps funded the acquisition with a $14.5 million loan from the Virginia Housing Development Authority through its mixed-use/mixed-income program. He worked with mortgage broker Steven Walker with RPC Realty Capital.

Phipps said he’s looking at acquiring more properties in the area, where interest continues to pick up with the recent sale of the former Bachrach’s Jewelers building, the Sunny Men’s Wear building and, farther west, the Nick’s International Foods building.

Meanwhile, One South is representing the seller of another building on the same block: 23 W. Broad St. Rosman and Riley have that listing and said they have received offers on the four-story, 35,000-square-foot building but those deals have fallen through and it remains on the market. The building is listed at $3.37 million.

Phipps said he has looked at the 23 W. Broad St. building but has not made an offer on it.

Excited to see this get developed!