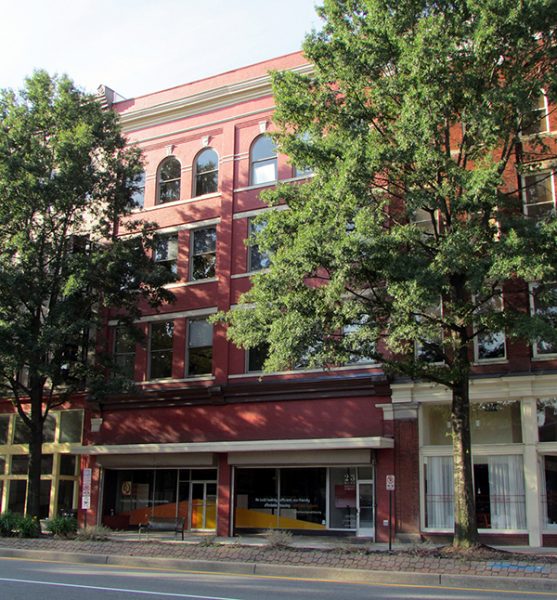 Developers Eric Phipps and Bryan Smith have taken a liking to a particular block downtown – and last week added another piece to their real estate collection.

The deal gives Phipps and Smith ownership of four of the six buildings on that block.

“From an acquisition standpoint, it fit right in line with the other assets we have acquired on this block,” Phipps said.

“The previous owners did a great job taking care of the property, and we’re glad to add this building to our portfolio.”

The group first entered the downtown market last September, snapping up three buildings on the same block for a total of $15 million.

A month later, they closed on four contiguous parcels in the 0 block of West Marshall Street for about $2.8 million, where they’re now building The Marshall at City Center – a five-story, 166-unit apartment building.

The building at 23 W. Broad St. was sold by RJR Properties, a group made up of Jonathan Kucera, Richard Peterson Jr. and Richard Morse, who also established Cornerstone Architects, which remains a tenant in the property. Tom Rosman, Ann Schweitzer Riley and Lory Markham with One South Commercial brokered the deal.

RJR Properties purchased the now-109-year-old building in 2001, Peterson said, just as historic tax credits were beginning to become a more prevalent tool for rehabbing old buildings across the city. They paid $300,000 for the property, according to city records. 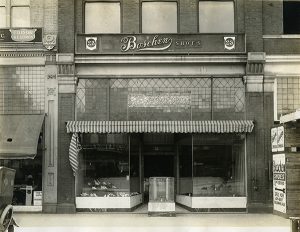 23 W. Broad St. was constructed in 1909 ans served as retail hub for several stores including Boschen Shoes and a Heilig-Myers Furniture. (Cornerstones Architects)

Prior to them buying and renovating the building, Peterson said all four floors of the property were showrooms for the now-defunct Heilig-Meyers furniture store chain.

Peterson said the building still had its original wood flooring and signature press-tin ceiling from that era. Many of the original windows also were covered by sheetrock or concrete blocks.

The building was a bootstrap venture by the architects. They used the property to help enhance their knowledge of the use of historic tax credits, and spent many nights and weekends renovating office spaces for future tenants, and maintaining the property.

“It really was an eye opener, because you were putting up your own money, you were using your own drawings,” Peterson said. “It was a great experience, and every architect should do at least one of these … but we’re looking forward to being a tenant.”

The 33,000-square-foot building now houses about 24,000 square feet of leasable office space and is one of the few all-office buildings on the mostly mixed-use stretch of Broad Street between Belvidere and the convention center. The property will be 100 percent occupied when SNP Properties moves its headquarters into the last remaining suite in the coming months, Phipps said.Other tenants include the Better Housing Coalition, restaurant group RVA Hospitality and ad agency Poolhouse.

The property was most recently assessed by the city for nearly $1.8 million.

To help oversee its latest acquisition and its other properties on the block, SNP Properties has hired Catina Crosby as its vice president of asset management.

Meanwhile the company is rehabbing the neighboring 102-unit West Broad Street Apartments and has leased space in the long-vacant ground-floor commercial space at 13-15 W. Broad St. to LX Group for a restaurant and entertainment venue.

Another interesting factoid about the building’s history: The Boschen of Boschen shoes is an ancestor of Deborah Boschen, owner of women’s clothing boutique Verdalina just a few blocks west of 23 W. Broad.

Helig-Meyers… Haven’t heard that name in many years…

Eric Phipps is certainly putting his mark on the Broad Street corridor. Congratulations again, Eric, on another fine purchase in Richmond. We’re glad to have you here!