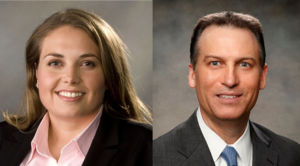 Upon leaving LeClairRyan in 2018 to launch and build the Richmond office of Baltimore-based law firm Whiteford Preston & Taylor, longtime local lawyer Vernon Inge said at the time he was on the hunt for the “A team” of Richmond attorneys.

Nearly 18 months later, he said his plan has come together.

“We have now grown in this office from three lawyers on July 29, 2018 to 21 as of this morning,” Inge said last week. “Almost all the lawyers on the top of my list are now with us.”

Coulter and Hardin Brakstad bring with them their government contracts practice, which they took to O’Hagan Meyer in 2018, leaving LeClairRyan a few months before Inge made his move to Whiteford.

Inge, who leads Whiteford’s local office, said he had hoped to reunite with the duo ever since. 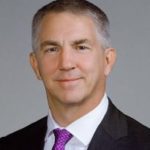 “They’re a government contracts practice and really good lawyers and good people, and we’ve frankly had our eye on them for a long time,” Inge said. “When we left (LeClairRyan) and were figuring out who to add, Tom and Nicole were definitely on our list.”

Whiteford now has 21 attorneys working from its newly minted office in the James Center downtown. The majority of those attorneys previously were with LeClairRyan, which infamously collapsed into bankruptcy last year in a liquidation case that continues to play out.

Coulter is a UVA grad who earned his law degree from Wake Forest University. Hardin Brakstad, also a UVA alum, graduated from law school at University of Richmond.

Their first day with Whiteford was Feb. 17.

Inge said the firm is nearly at capacity in Richmond, though he may look to recruit a few more corporate real estate attorneys.

Whiteford was one of several firms that made a move into Richmond to capitalize on the mass exodus from LeClairRyan leading up to its demise.

Among the others was Whiteford’s Baltimore competitor Miles & Stockbridge, which came out of the gate in Richmond with a team of 10 led by longtime LeClairRyan partner Tom Wolf.