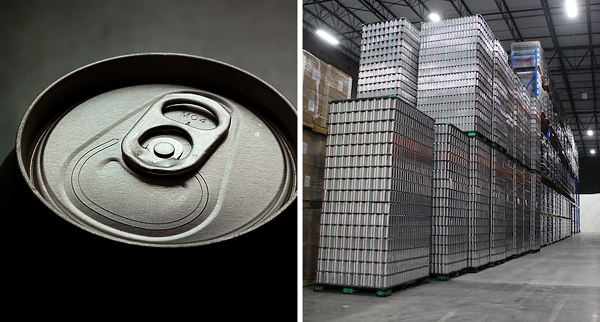 Thousands of empty beer cans are being moved into the firm’s new headquarters. (Photos by Mike Platania and courtesy Wiki Commons)

A company that provides the bottles and cans for many local breweries and wineries is moving into its new home in Hanover, and getting a seven-figure housewarming gift from investors.

The company also is amid a $1.5 million funding round, which it launched in late December, per SEC documents. As of Feb. 17, it had raised $300,000 from four investors. 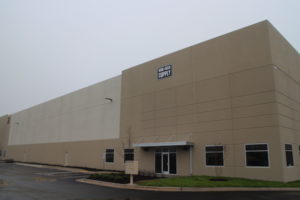 Wine & Beer Supply is in the 152,000-square-foot Northlake Commerce Center, a recently-completed industrial project in Ashland.

The company had been operating in four separate warehouses in the region, and wanted to bring all of its operations and 32 employees under one roof, Werderman said. It leased the Northlake Commerce Center space last summer.

Stacks of empty cans, glasses and bottles are being moved onto the shelves of the warehouse now, and Werderman said they’re aiming to be totally moved in by mid-March.

“We do decorative glassware that we print in-house, so we keep a ton of glassware stocked,” Werderman said.

The company also is stocking some new items it’s gotten in recently, including single-use plastic kegs for beer and wine.

“(The kegs) really help people increase their distribution without having to worry about getting their stainless-steel kegs back. They’re a hot commodity right now,” Werderman said. 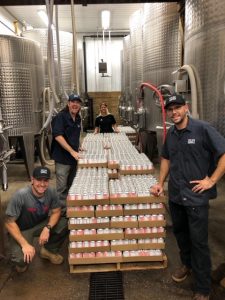 Wine & Beer Supply won’t only be warehousing its own goods. Werderman said they also store excess packaged drinks for clients, and they have a roughly 10,000-square-foot space that’s kept at 54 degrees for dry storage of wine and cider.

With the new headquarters ready, Wine & Beer Supply is looking to get into other markets, which Werderman said is the motive for the $1.5 million capital raise. It’ll be opening satellite locations in North Carolina and in either Pennsylvania or New Jersey.

“We might not set up something like glass printing up there, but a lot of the time what’s make or break for us is freight. Being able to run our own trucks is really important for us, from a customer service and turnaround time perspective,” he said.

It’s the second time in the last year that the company has brought in investor capital. Last March, Wine & Beer Supply raised $2.4 million in funding. 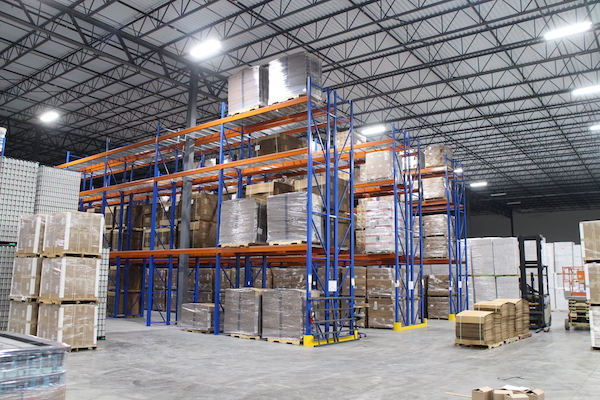 The firm was founded in 2015, amid the region’s craft beer and beverage boom.