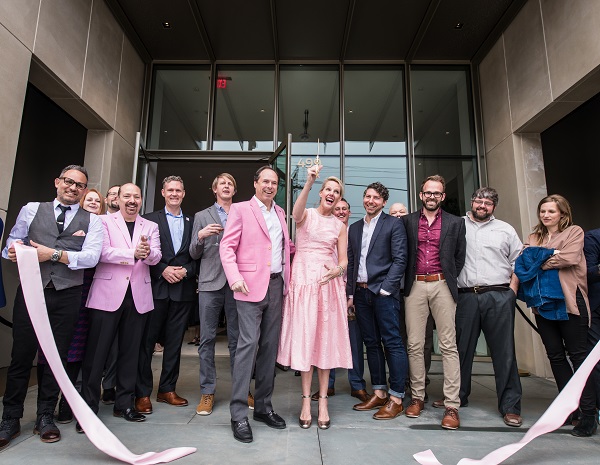 While the timing amid the coronavirus is far from ideal, a homegrown Richmond hotel brand has begun lifting the curtain on its second location.

Owners Katie and Ted Ukrop opened the doors of their Quirk Hotel Charlottesville this month, signaling the near-completion of the brand’s second property since opening the original Quirk Hotel in downtown Richmond nearly five years ago.

Since opening March 5, the Charlottesville hotel and art gallery have received a warm reception, General Manager Matthew Brink said – despite the looming coronavirus pandemic that’s been impacting the hospitality industry around the globe. 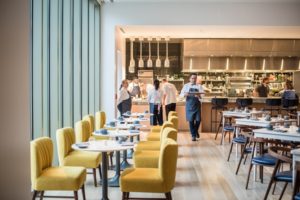 “The world is upside down right now. I can’t really say what’s going to happen, but I do proudly say we’re open for business and booking as much as we can,” Brink said. “I see a lot of areas in Charlottesville that are quite different.”

While open to guests and diners, the Charlottesville property remains partly under construction, with work continuing on some spaces, including its rooftop bar and restaurant, with final completion targeted in mid- or late May.

The 80-room hotel features similarities to its predecessor, including a design aesthetic highlighting Katie’s preferred pink color palette. But the property also brings some new ingredients to the table.

Among them, the property at 499 W. Main St. near Charlottesville’s Downtown Mall incorporates a modern-design, new-construction build beside two 19th-century structures that form a multibuilding complex. 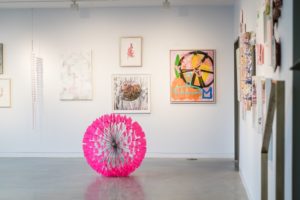 The rooftop bar and restaurant is about twice the size of Richmond’s, with 6,000 square feet of both indoor and outdoor spaces that can accommodate 161 seats.

Its 65-seat main restaurant, “The Pink Grouse,” is overseen by David Dunlap, the same executive chef as Quirk Richmond’s Maple & Pine Restaurant. There’s also a lobby bar and café serving Blanchard’s Coffee, along with something unique to the Charlottesville property: a whiskey and cigar bar, called “Bobboo” – the nickname of Ted’s maternal grandfather. 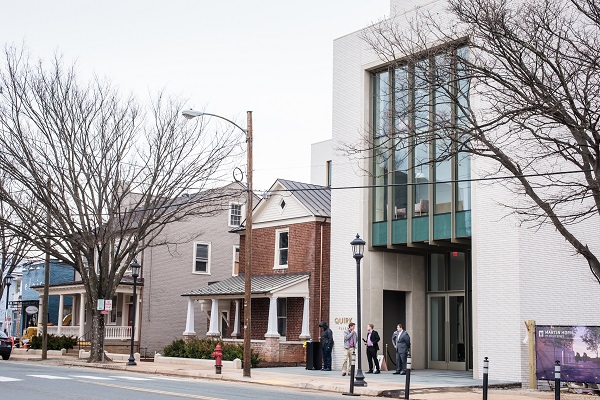 The Ukrops announced they were going forward with the project in 2017, months after submitting plans to Charlottesville’s architectural review board in late 2016. The three parcels that make up the property were purchased for $3.75 million. A full project cost was not disclosed. 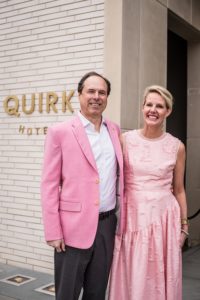 Richmond-based Architecturefirm designed the Charlottesville Quirk, with consulting by Richmond firm Retro Hospitality. Like the Richmond Quirk, the property is managed by Colorado-based Destination Hotels, a Hyatt affiliate.

In light of the COVID-19 pandemic, both Quirk properties are among Hyatt hotels that are waiving fees for reservation changes and cancellations with at least 24-hour notice through April 30, according to a post by Hyatt on both properties’ websites.

While he acknowledged the pandemic presents challenges to the industry, Brink said the Charlottesville Quirk has fared well in its first two weeks open.

“We’re managing it day by day,” Brink said, declining to divulge any adjustments to the hotel’s operations. “I’m not legally at liberty to say where we are at as far as our plans, but we are open, and we are seeing some street traffic come in for the restaurant.

“Our goal is to continue to focus on perfecting the hotel so that when this global crisis changes, which should be shortly, we’ll be fully prepared to showcase,” Brink said. “We are driving a lot of traffic from the street, which is really terrific – a lot of looky-loos. They’ve seen a construction fence for two and a half years, so they’re finally taking ownership.” 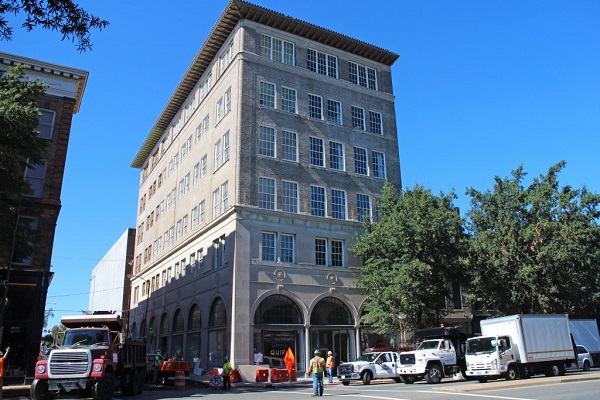 Meanwhile, Quirk Richmond is set to hit its five-year mark this fall, having opened in September 2015. Nico Scherman, the general manager there since August, said the 73-room hotel is celebrating the milestone while facing the challenges ahead with the coronavirus.

“The hotel has done very well. It’s definitely been a success story, and we feel we’ve positioned ourselves very well in the market,” Scherman said. 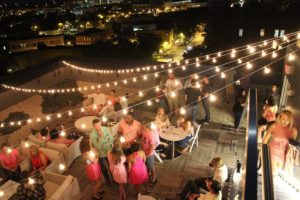 “We feel we enjoy kind of a niche position as an upscale boutique hotel, which is kind of an alternative to the traditional luxury of The Jefferson and certainly the more traditional business boxes of the other hotels in the area,” he said.

Like his Charlottesville counterpart, Scherman would not disclose specific numbers in terms of occupancy rate averages, staff counts or room rates, which he noted are fluctuating in light of the current events.

“Our occupancy has been very good,” he said. “I can’t give that out, but it’s definitely high by industry standards.”

As for impacts from the coronavirus, Scherman said, “All things have changed in the last couple of weeks. I think it’s pretty obvious that the industry is feeling the situation.

“There’s certainly less activity outside, and based on the government’s direction of these smaller gatherings of 10 or fewer people, I think just inherently people are heeding that advice,” he said. “The whole neighborhood is affected in that regard.” 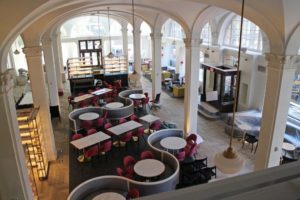 Ted Ukrop said he and Katie have been thankful for the local response to Quirk in Richmond and are optimistic for its reception in Charlottesville.

“Charlottesville is a vibrant, beautiful and growing community, and we look forward to becoming a part of it…” Ukrop said in an email Wednesday.

As for Quirk Richmond’s five-year milestone, Ukrop said, “We have learned a lot and are thankful that Richmond has embraced Quirk.

“Opening a boutique hotel was always a dream, but I really never thought it would happen,” he said.