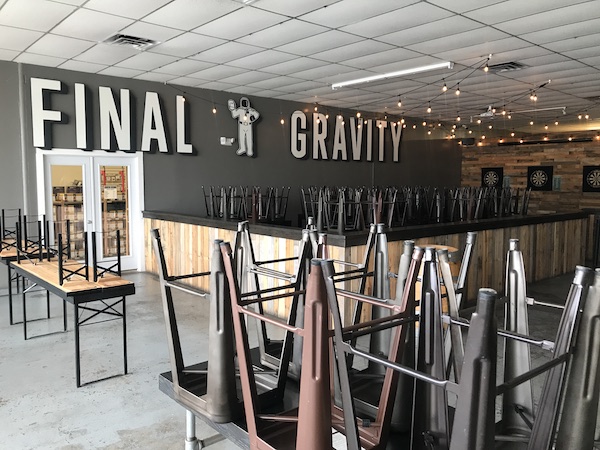 Final Gravity’s tasting room on Wednesday. The brewery is doing to-go and delivery only. (Mike Platania)

Feel like you could use a drink in these most unusual times?

The region’s breweries are working to make sure you’ll be able to get one, though taprooms across the area are closing in the face of the coronavirus pandemic.

Many of the area’s beer makers and cideries are rapidly rolling out delivery and take-out operations as a way to counteract a drying up of keg sales to restaurants, and to more safely keep their beers flowing and their workers employed.

The Virginia ABC even has been expediting its process for reviewing and approving alcohol delivery licenses in order to make the adjustment easier for operators.

Like so many other industries, the small business owners in the brewing and craft beverage market have been flying by the seat of their pants in recent days. 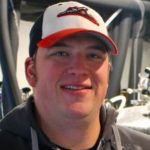 “When some of the most popular restaurants in the city are closing, that put it into a whole new perspective of, ‘This is really happening,’” Mitchell said. “That’s when it sparked with me that we could probably do curbside pickup.”

Mitchell and his staff got busy Monday night building a website for online orders. “Sure enough on Tuesday at noon, we had orders coming in,” he said.

Tom Sullivan, co-owner of Ardent Craft Ales in Scott’s Addition, was on a similar train of thought around the same time.

“We saw there are options out there to really focus on.” Sullivan said. “We’re trying to be as creative as we can to keep employees busy and generate some sales, and a way that recognizes importances of social distancing.” 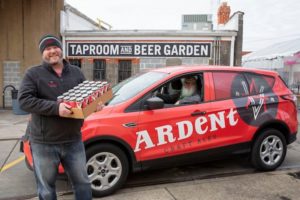 Ardent and Garden Grove are among a dozen or so local beer and cider makers that quickly applied for a license to deliver beer themselves, as is required by state law.

The licenses are being processed and approved nearly instantaneously, thanks to a temporary change in ABC policy that allows breweries to apply online for faster review. The change in policy was issued March 16 and was confirmed by an ABC spokeswoman. 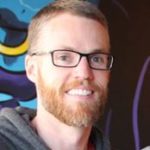 Triple Crossing co-owner Adam Worcester said on Sunday they were trying to figure out how to get ahead of whatever closures were coming when they remembered they still had the delivery permit.

“We found out from our distributor they’re not going to buy any more beer from us because restaurants are shutting down,” Worcester said. “Then we were like, ‘Oh my god, we have this permit.’”

Final Gravity owner Tony Ammendolia said he personally is running deliveries of crowlers in a 10-mile radius from his Lakeside taproom.

Most local breweries said they’re keeping production going mostly as usual, with some scaling back volume a little.

The breweries BizSense spoke to in recent days are still brainstorming ideas on how to both keep business moving and take care of their staffs through the pandemic.

Ammendolia said Final Gravity’s homebrew shop, Original Gravity, is open during normal hours so homebrewers can keep their operations going and give hours to staff.

Worcester said Triple Crossing is considering selling frozen pizzas at its Fulton location that folks can cook at home, as well as selling kegs to consumers, which enables them to keep their kitchen and brewing staff busy.

Mitchell said he’s pooling $2 from every individual item sold into a cache for Garden Grove’s staff, and that delivery fees are going to the staff, along with tips.

The coronavirus fallout has forced breweries and others in the hospitality industry to drastically flip their thinking. They normally thrive on people congregating, but that now goes against public health recommendations.

“This is the strangest event,” Sullivan said. “It completely disempowers us of all our skills because everything we know how to do for people – feed them, give them beer, make them feel better, bring them together – we can’t do it. But we’re still here.”

Mitchell said, “We’re trying to keep it business as normal. It’s just that the customer interaction is different. If what we’re delivering or they’re picking up puts a smile on their face, we hope it allows them to have a good time.”

Big tip of the hat to the Virginia ABC!!!!!
Way to go supporting business.
These guys get it!

Interesting article and replies considering ABC is now talking about an operational shut down. The tweets from ABC mentions retails stores, it 10 regional enforcement offices, and HQ. Stores in Hampton Roads have already reduced their hours a lot. They will consult with the Northam Administration but if they close the HQ and enforcement offices that would cause a lot more issues and probably lead to the closing of the breweries to beer production. And a small riot!

The ABC might as well let restaurants sell existing stock, in bottles, to go.
Otherwise millions of dollars of booze will be dumped.