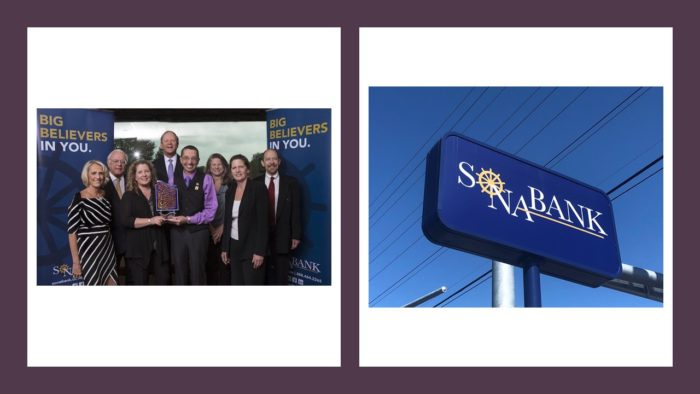 Less than two months after a CEO swap, a Henrico-based bank announced last week the departure of its two co-founders.

Their retirements were effective March 31, the company said in a brief press release.

Derrico and Porter founded Sonabank in McLean, Virginia, in 2005, and led it through various M&A deals, including its merger three years ago with the former EVB and parent Eastern Virginia Bankshares. That deal left the combined $2.7 billion bank with a C-suite split between Henrico and McLean, as well as dual headquarters for the bank and holding company.

Porter, reached by phone last week, declined to comment on his and Derrico’s departure beyond the company’s press release. The pair will stay on as members of the company’s board until its annual meeting on May 21.

Their exit follows a changing of the guard at the CEO post in late February, when Joe Shearin announced his retirement. He had been EVB’s longtime CEO and kept that role in the combined banks after their marriage in 2017.

Shearin has since been replaced by Dennis Zember, who until last June was CEO of Ameris Bancorp in Atlanta.

“Rod and Georgia laid a pretty good foundation,” Zember said, referring to Sonabank’s size and geographical spread. The bank has 45 branches reaching from Maryland and Northern Virginia, down through Richmond, the Middle Peninsula and Northern Neck, and into Hampton Roads.

“We have a good footprint and we’re big enough that we can do some meaningful things,” Zember said.

Addressing the recent turnover, Zember said, “There’s not been excessive turnover, but the kind of notable turnover you have when you do a merger of equals.”

Shearin retired in late February, stating he was ready to do away with the stress of running a publicly traded company.

Long term, Zember, 50, said he’ll look to point the bank in a slightly more aggressive stance, “not from a risk standpoint but a lot more growth-oriented,” he said.

He also said the company likely will begin to center more of its corporate operations at its Henrico office in Innsbrook, rather than McLean, where Derrico and Porter were based.

In the near term, Zember said his immediate focus is on dealing with fallout from the coronavirus downturn.

“We’re literally going to work with one customer at a time,” Zember said. “I think we’ll come out of this and I think a lot of our customers are going to need three to four quarters to get back.”