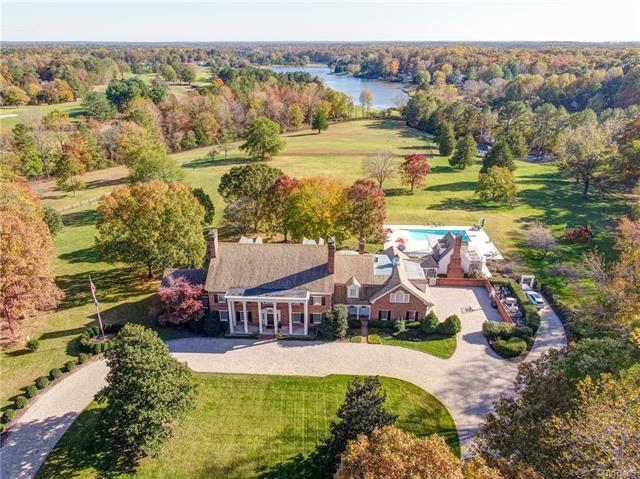 A Manakin-Sabot estate once owned by the star witness in former Gov. Bob McDonnell’s corruption trial is back on the market, one of two multimillion-dollar listings to pop up locally in recent weeks.

The 28-acre estate at 1 Starwood Lane hit the market April 20 with a price tag just over $3.69 million. The property in the heart of Hermitage Country Club includes a 14,200-square-foot mansion with six bedrooms and eight bathrooms. 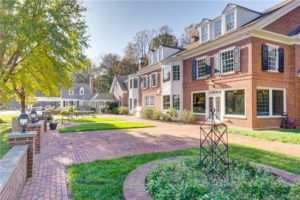 The colonial-style house was built in 1984.

Pam Diemer with Long & Foster has the listing, representing owner Robert Chesson, a local developer who purchased the property in 2016 for $2.7 million. The latest Goochland County assessment valued the property at $2.63 million.

Diemer said Chesson has done substantial interior renovations to the home, which previously was owned by Jonnie Williams, the former CEO of Star Scientific at the center of the 2014 corruption case against Bob and Maureen McDonnell. The property was listed the following the year with an additional 33 acres and a nearly $5 million asking price.

Diemer, who said she has worked with Chesson before, said his future plans remain to be determined. She said the listing has been in the works for several months and was not prompted by the coronavirus pandemic.

“I had been helping him get it ready for the spring market, and we decided that, in light of the current situation, it was still an opportune time to sell,” Diemer said, adding that the circumstances surrounding the pandemic could play into the listing’s favor. 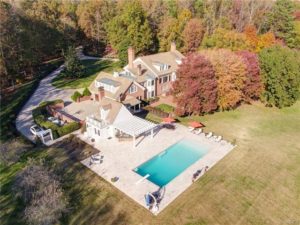 “Particularly in the climate we’re in, it creates an opportunity for someone to move to the country and have a lot of fresh air, low density, for their family to enjoy the entire property and all the amenities that are present,” she said. “I believe there will be a flight to suburbia and the country in light of the environment we’re in, and I think this affords a very unique opportunity for a buyer.”

Totaling 22 rooms across two levels, the colonial-style house, built in 1984, includes an owner’s suite with dual vanities, a library, study, rec room, gym, media room, sauna and elevator. Interior renovations have been done to the kitchen, bathrooms and other spaces. 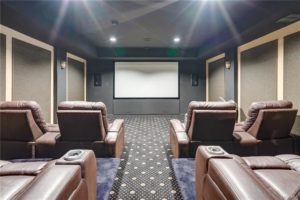 The house includes a media room and game room.

The Starwood listing came just days after another Richmond-area home was put up for sale with a multimillion-dollar price tag.

The 6,200-square-foot house at 5904 Three Chopt Road, across from the Country Club of Virginia, was listed April 15 at $2.25 million. Joyner Fine Properties’ Sharon Wood has the listing.

The owners are Eppa and Mary Hunton, who purchased the two-story colonial in 1982 for $275,000. Property records show the latest city assessment valued the 0.6-acre property at $1.29 million. 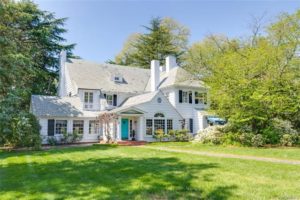 Eppa Hunton V is an attorney whose family founded Hunton & Williams, now known as Hunton Andrews Kurth. Wood said the Huntons are downsizing after enlarging the house’s original 1912 footprint with a library and family room addition.

Wood said the house was built by CCV’s first board member, who commissioned noted architect Duncan Lee to design it. She said the property’s Charles Gillette-designed gardens include trees he planted that still stand today.

Totaling five bedrooms and 4½ bathrooms, the Colonial Revival-style house spans three levels, and includes a library and sunrooms. The property includes a three-room carriage house that is currently used as a rental home.

Wood said she’s had a couple showings so far, a process that she noted has changed in light of the coronavirus. 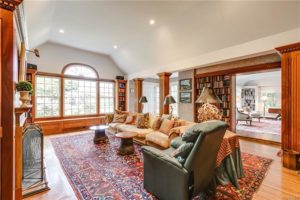 The house was designed by noted architect Duncan Lee.

“We’re doing virtual tours now at Joyner, because of the way the climate is,” said Wood, who’s been selling in Richmond for 40 years. “We can’t do open houses.”

Wood said she gives virtual tours of the home for prospective buyers who are out of town. She also has a slideshow and other marketing materials, with individual showings scheduled by appointment.

The multimillion-dollar market has shown no signs of slowing down amid the coronavirus. Earlier this year, an equestrian estate in Goochland sold for $2.5 million. The 261-acre “Glen Roy” estate in western Henrico sold in January for $10 million, the priciest Richmond-area home sale in recent memory.