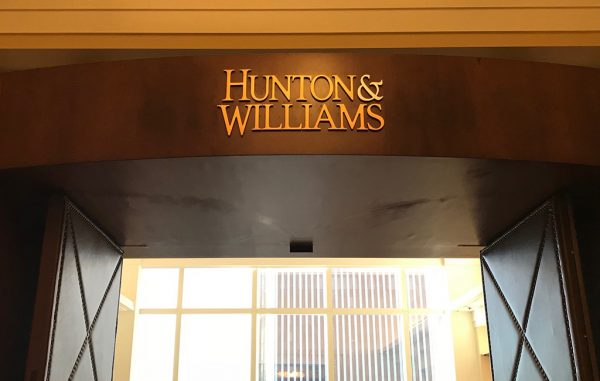 A major merger soon will bring a name change and add 300 attorneys to the ranks of one of Richmond’s oldest and biggest law firms.

Hunton & Williams, founded in Richmond in 1901, on Wednesday announced a pending deal to combine with Houston, Texas-based Andrews Kurth Kenyon. Upon closing the merger April 2, the combined firm will be known as Hunton Andrews Kurth.

It will have 1,000 attorneys spread over 15 offices in the U.S. and five outposts abroad. Its combined $750 million in revenue will make it among the top 50 law firms in the country, both sides said.

Hunton & Williams Chairman George Howell, who will continue in that role post-merger from the firm’s Richmond office at Riverfront Plaza, said it’s the largest merger in Hunton’s 117-year history and the largest one-time boost to its headcount since taking on 100 attorneys from the now-defunct Jenkens & Gilchrist in 2007.

He said the marriage was driven in large part by Andrews Kurth’s presence in Texas, where about 200 of its 300 attorneys are based from offices in Houston, Dallas, Austin and The Woodlands.

Hunton has about 100 attorneys already in the Lone Star State, but Howell said it has been looking for ways to make a bigger splash there.

“We’ll have almost 300 lawyers in the state of Texas” after the merger, he said. “Texas is a huge economy, very vibrant, and we have lots of clients that have a presence there and do business there.”

Howell said both sides have various practice specialties that will complement each other.

“We have a very strong public utility practice, but very little in oil and gas,” he said. “They are a top-tier name in the oil and gas industry.

“They also have a very strong capital markets practice, as do we, and we think putting those together will create a world-class practice.” 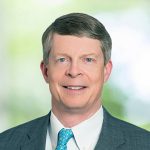 The two sides began talking about eight months ago, Howell said, after a consultant retained by Andrews Kurth shopped the 116-year-old firm around as it was planning for the long term.

The deal likely won’t have any immediate effect on the ground in Richmond, Howell said, where around 200 of Hunton’s 725 attorneys reside.

“I don’t foresee any changes in our (local) headcount as a result,” he said. “If anything it will present more opportunities for growth.”

In addition to Howell in the chairman role, the combined firm will be led by Hunton managing partner Wally Martinez, who works out of the firm’s New York office.

Howell said an ongoing trend of consolidation in the legal industry is likely to continue fueling marriages of firms of all sizes.

“In the last 30 to 40 years it’s been critical to expand geographically,” he said. “Medium and large law firms recognize that there are economies of scale, but more importantly you need a broad range of practices to serve your clients.”

He said the consolidation is resulting in changes across the spectrum of small to large law firms.

“Mid-sized law firms have tended to get squeezed. It’s become like a barbell,” he said. “You’re either going to be very large or much smaller with more of a boutique approach.”

That trend has played out in Richmond of late, on both ends of the size spectrum. Small local firms like Gavin Law Offices and GreeneHurlocker have expanded their reach by picking up attorneys in out-of-town markets. Mid-sized firm Sands Anderson expanded for the first time into Hampton Roads last year by picking up attorneys from LeClairRyan, which followed by adding three-dozen attorneys through a combination with a smaller firm and luring over a group from another rival.