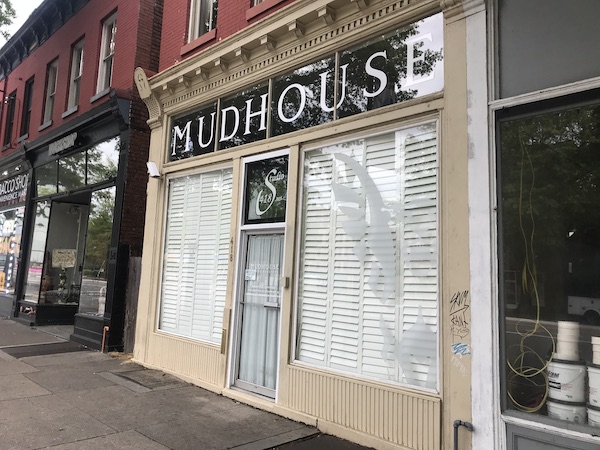 The Charlottesville-based cafe bought the building for $1.1 million. (Mike Platania)

A mainstay of Charlottesville’s downtown mall is heading to Jackson Ward.

Mudhouse Coffee Roasters is preparing to open a cafe at 418 W. Broad St.

The company, which was started by couple Lynelle and John Lawrence in the early 1990s, has three locations in Charlottesville and one in Crozet. Co-owner Louis Dragas bought into the business with the Lawrences about a year and a half ago.

“We started looking at a development plan of where we wanted to go and (Richmond) seemed like a natural transition,” Dragas said, noting they’re also planning a Charleston, South Carolina location. 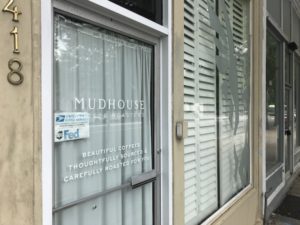 The space was previously Studio 418, an art gallery. (Mike Platania)

The seller was Studio 418, which operated an art studio there from 2009 until late 2019. Sperity Real Estate Ventures’ Nathan Hughes, Veronica Wiles and Robert Hensley represented Studio 418 in the deal.

Mudhouse is applying for building permits soon, Dragas said, and soon will put the project out to bid for a general contractor. He said they don’t have a target opening period yet.

The shop is the second Charlottesville-based coffee chain to move into Richmond in recent years. Grit Coffee is working on opening a location in the Libbie-Grove corridor.

And Mudhouse will open a few hundred feet from another one of its Charlottesville contemporaries, Common House, which is building out a 25,000-square-foot “social club” at 305 W. Broad St. 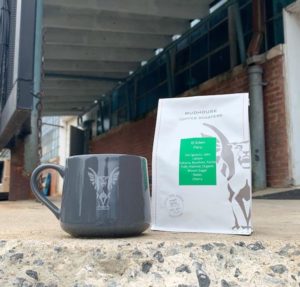 The coffee roaster’s been on Charlottesville’s downtown mall since the early 90’s. (Courtesy Mudhouse)

Common House co-founder Ben Pfinnsgraf said the Richmond location is on schedule to open this fall, despite the coronavirus crisis.

“(Construction) is moving really fast right now. We’ve been really happy with the progress, particularly during the crisis we’re in,” he said.

Pfinnsgraf said they’ve already presold about 400 memberships in Richmond and have had management hired for the location for about a year.

“We are preselling memberships, but we’re not pushing that super hard right now,” he said. “And we’re booking events. The fourth quarter is almost fully booked for events and we are leasing office space.”

Common House has temporarily shuttered its Charlottesville location during the pandemic, and is also planning a Chattanooga, Tennessee location.