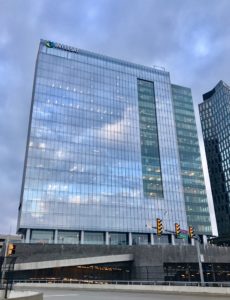 By way of Luxembourg and with tens of billions of dollars at stake, a global satellite telecom company has beamed into Richmond to file for bankruptcy. With that comes another big catch for local bankruptcy attorneys to feast on.

Intelsat, which operates a massive satellite-based telecommunications infrastructure system around the world, last week filed Chapter 11 bankruptcy protection as it looks to restructure in federal court in Richmond.

The company, which also keep a stateside headquarters in Northern Virginia, arrives with $11.65 billion in assets and $16.8 billion in liabilities owed to thousands of creditors.

Such cases, and other ongoing ones filed here in recent years, are keeping bankruptcy attorneys fed at a time that many other local, state and federal court matters — particularly white-collar cases — have been slowed or on hold due to social distancing restrictions.

Intelsat’s filing last Wednesday, which also includes the filings of nearly three dozen of its subsidiaries, already has led to work for attorneys in and outside of Richmond.

The biggest get locally was made by Kutak Rock attorneys Michael Condyles, Peter Barrett, Brian Richardson and Jeremy Williams, as they scored local counsel status for the debtor. They’ll work on the ground on behalf of Intelsat’s main counsel, law giant Kirkland & Ellis.

Other locals scoring work for Intelsat creditors are Christopher Jones of Whiteford Taylor & Preston, and Kirk Vogel of Vogel & Cromwell.

It’s all thanks to the Richmond division of the U.S. Bankruptcy Court’s reputation of handling lengthy corporate bankruptcies in a way that some view as favorable to large debtors. That helps lure companies that aren’t based here, as bankruptcy rules allow firms to file in virtually any district in which they conduct business.

Retailers have been the main segment to seek out Richmond for bankruptcy safe haven, as Toys ’R Us, Gymboree and Pier 1, in addition to J. Crew, all have pending cases here.

Intelsat said in a press release last week that it seeks bankruptcy protection to allow it to restructure its debt ahead of an expected $5 billion windfall in the sale of its telecom spectrum in conjunction with the FCC.

The far-reaching publicly traded company, which remains open for business during the Chapter 11 process, has a fleet of satellites in the heavens, and customers and creditors spanning the globe. Its largest unsecured creditors are U.S. Bank and Wells Fargo, each owed nearly $9 billion.

The company’s list of creditors also includes millions of dollars owed to the governments of Algeria and Iraq, which are listed as legacy shareholders of the company, and debts owed to parties in places such as Azerbaijan, Kyrgyzstan, Jakarta, Malaysia and Angola.

Its majority owners are Serafina, Cyrus Capital Partners, Appaloosa LP and Discovery Capital Management. Its stock, which trades on the NYSE, closed at 40 cents per share on Friday. That’s down from a high of $27 a share as recently as November.