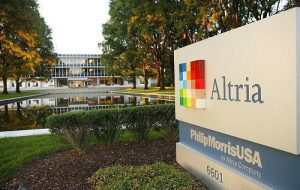 The Richmond region is nothing if not consistent when it comes to the Fortune 500.

Seven locally based companies made the coveted list published each year by Fortune Magazine, which released its latest edition Monday. The rankings are based on annual revenue.

As has been the case for the last couple years, the same seven companies scored a spot in the top 500, with an additional three making it to the top 1,000.

Henrico-based tobacco giant Altria, as it usually is, is the top local company with a ranking of 167, down five spots from last year. It earned its 2020 ranking with $19.76 billion in revenue, up 0.9 percent. That came despite an annual loss of $1.2 billion, a 118 percent decline in profitability.

The next two locals in line also were fueled by $19 billion in annual revenue. Goochland-based Performance Food Group landed at 168, up eight spots from last year. That’s thanks to $19.74 billion in revenue, up 12 percent. 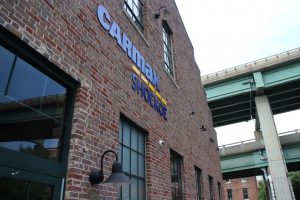 Its Goochland-based neighbor CarMax earned the 173 ranking, up one spot from last year’s list. That’s due to $19.14 billion in revenue, up 6.5 percent.

Henrico-based insurer Genworth Financial rounds out the local Fortune 500s at No. 364, down four spots from last year with $8.68 billion in revenue, up 3 percent.

Virginia landed 22 companies in the top 500 and 13 more in the top 1,000. The state’s top ranked companies at Northern Virginia-based Freddie Mac, which sits at 41 on the list with $75 billion in revenue.

The top five nationally were Walmart, Amazon, Exxon Mobil, Apple and CVS Health. Walmart, a perennial No. 1 on the list, had $523 billion in revenue.