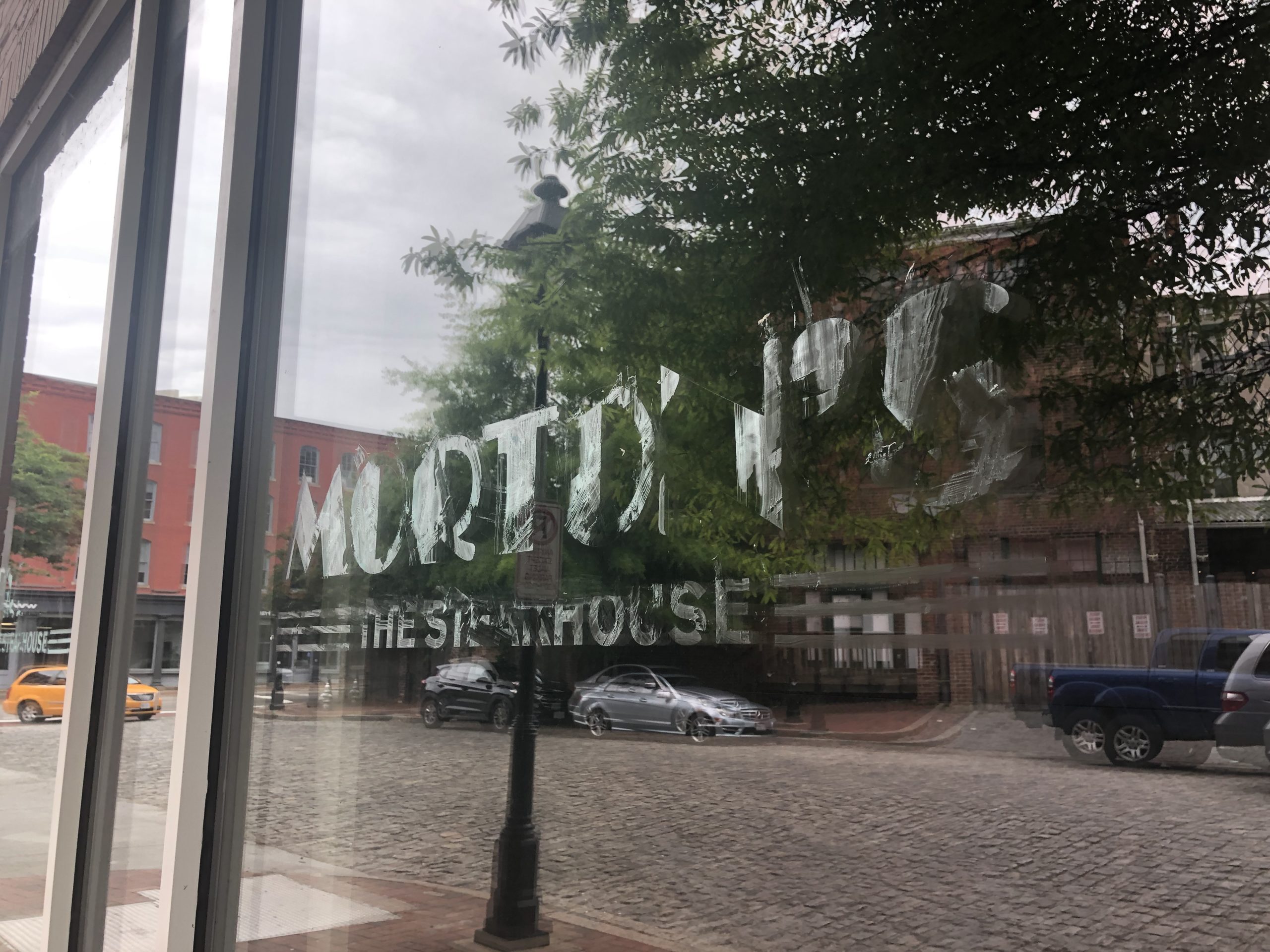 All signage has been removed from the exterior, with only glue remnants remaining on the windows. (Photos by Michael Schwartz)

The coronavirus pandemic has claimed another business, this one a high-end steakhouse that’s been a fixture of Richmond’s downtown dining scene since the early 2000s.

Morton’s The Steakhouse has permanently shut its doors at 111 Virginia St. in Shockoe Slip’s Turning Basin Building. The move was prompted by the coronavirus and ensuing government orders for businesses to limit or stop operations to contain the spread.

“Due to COVID-19 and the city’s elimination of dine-in services, we have decided to enforce our lease provisions and terminate our lease. We are grateful for the support of the Richmond community throughout the years,” Morton COO Tim Whitlock said in a prepared statement to Richmond BizSense Tuesday. 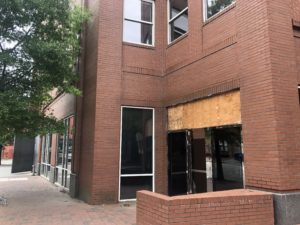 Morton’s was located in the Turning Basin building in Shockoe Bottom.

It’s unclear exactly when the permanent shuttering took effect. The Morton’s branding and signage had been removed from the restaurant’s exterior by Tuesday, and the location is no longer listed on the company’s website.

Though Morton’s is reopening its restaurants’ dining rooms, it seems it couldn’t hang onto its local outpost long enough to take advantage of the anticipated loosening of restrictions in Richmond. Government restrictions on some businesses, including restaurants, were loosened in most parts of the state Friday. Richmond sought and received a two-week delay due to continued public health concerns.

There are two other Morton’s locations in Virginia, a temporarily closed location in Arlington and another location serving takeout in Reston.

Morton’s which is a subsidiary of Landry’s Inc., lists about 70 locations in the United States and internationally.

No great loss. Tried them three times – two mediocre and one disaster. The Mortons in Georgetown is still quite good.

Thanks for the leadership Mayor Stoney and Gov. Northam. How much more devastation would you like to see in Virginia’s economy?

I’d say Morton’s died for the same reason a lot of other steakhouses have over the past decade: Morton’s didn’t innovate and their options m, aside from happy hour at the bar were insanely expensive for what you get. Millennials, like myself, don’t go out for steak as much and downtown is overrun by great dining choices. As we have seen, many good restaurants don’t last more than 3 years and this one lasted well over 15 years while being overpriced in a crowded market. Northam and Stoney are not to blame.