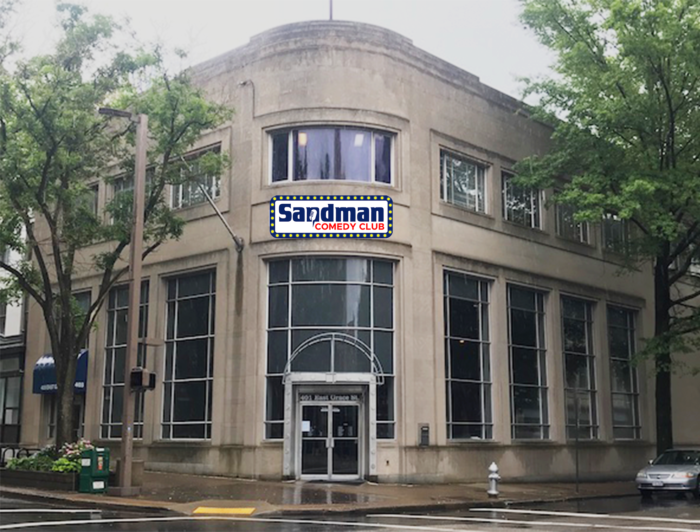 What to do with an old downtown bank building after its brewery tenant moved out? Enter Sandman.

Sandman Comedy Club is preparing to open at 401 E. Grace St. in the 6,000-square-foot space that most recently was home to the Richmond outpost of Champion Brewing Co.

Behind the new venue is couple Carrie and Michael Sands, who moved to Richmond last year from Wisconsin following Michael’s retirement from careers in the mortgage and insurance industries. 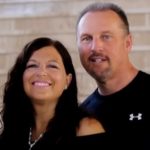 “I wanted to have my own business. I looked at the usual franchises and all that stuff, and none of that interested me,” Michael said. “I wanted to be my own boss and have it be fun.”

Being lifelong standup comedy fans, Michael said they eventually decided to open their own club.

“It took a long time to find the right venue,” he said. “The building is just perfect.”

The Grace Street property was left empty last summer when Champion closed after about three years there.

Sandman will have seating for about 300, with 200 seats downstairs and an additional 100 on the upstairs mezzanine. The Sands are leasing the space, which prior to housing Champion was Aurora Restaurant.

Sands said they’re paying cash for the renovation, the total cost of which was not disclosed. Improvements to the space include raising the stage, adding a green room for the acts, opening up the mezzanine, and improving the audio and video systems. Johnny on the Spot Services is the project’s general contractor.

On weekends, Sands said he plans to bring in established comedians while keeping the tickets in the $15 to $25 range.

“We want to bring in the best talent we can and keep it affordable. They’ll have to have a pretty good track record as a comedian to play the club,” Sands said, noting that he’s enlisted Funny Business Agency to handle booking.

Those expectations will be waived on Sundays, though, as Sands said the club will host an open-mic night for comedy and karaoke. He added they’re also planning to rent out the space for corporate events.

The club will have a full bar, 12 beers on tap and a kitchen. Sands said they’re planning to hire a general manager to run the food and beverage side of the business. He said they’ll have a full food menu, including some dishes in homage to the couple’s roots in the Midwest.

“We’re going to have some things on the menu from Wisconsin like deep-fried cheese curds and brats and all that kind of stuff,” Sands said.

Sands said they’re aiming to open in early August, and that he’s looking to hire a staff of about 25. He said he’s got New York-based comic Joe Larson on hold to play the venue, but can’t confirm any dates for him or any other comic yet due to the coronavirus.

Pandemic aside, Sands has high hopes for the club.

“I want this club to be so special that comedians out on tour say to each other, ‘Hey, have you played the Sandman Comedy Club yet?’ I want them to feel like it’s a great place to play,” he said.

Sandman will be the fourth dedicated comedy club in the region, joining Funny Bone Comedy Club & Restaurant in Short Pump, the Coalition Theater downtown and Groove Cat Comedy in Southside.

Correction: An earlier version of this story incorrectly reported M.L. Bell Construction as the general contractor handling renovations of the Grace Street space. Johnny on the Spots Services is the project’s general contractor.