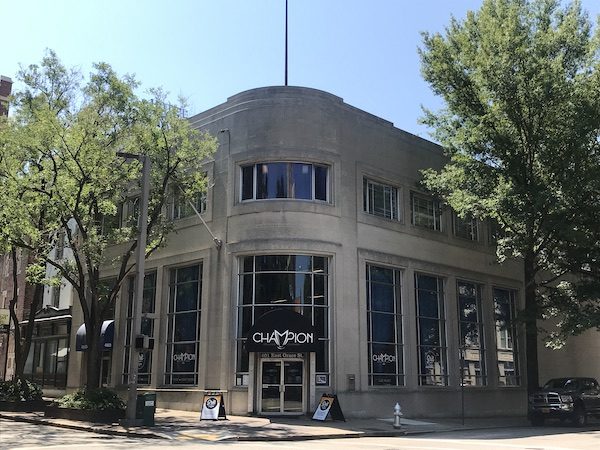 The Charlottesville-based brewery will close its downtown location by the end of the year. (Mike Platania)

A Charlottesville-based brewery is getting ready to close its local taproom.

Champion Brewing Co. plans to close its Richmond location at 401 E. Grace St. after a nearly three-year run there.

The brewery, which opened its flagship location in Charlottesville in 2012, signed a three-year lease on the Richmond space in late 2016. Champion President Hunter Smith confirmed it will not be renewing its lease. He did not specify when the taproom will close.

Known for its popular Czech-style pils “Shower Beer,” Champion took over the 6,000-square-foot space that was formerly Aurora Restaurant. The building is owned by an entity tied to the Shaia family, which could not be reached for comment.

Earlier this year, Grit Coffee, a coffee shop chain also based in Charlottesville, opened a cafe inside Champion’s Richmond location. It’s unclear what Grit’s plans will be following the closure. Grit ownership could not be reached for comment by press time.

Champion will mark the third brewer to close a Richmond location in recent years. 7 Hills Seafood & Brewing Co. and Twisted Ales both closed in 2018, though both spaces were reborn as different breweries. Shiplock Brewing replaced 7 Hills, and Waynesboro-based Basic City Brewing Co. took over Twisted Ales’ former home in Manchester.

The closure will add another vacancy along a stretch of Grace Street that’s become a sort of restaurant row. Across the street, Pasture closed in June at 416 E. Grace St. The restaurant, which was from Jason Alley and Michele Jones, had been open since 2011.

The over-saturation of breweries starting to take its toll.

Not in Scott’s Addition.

You did read the part about the other two being replaced by new ones right? I think what this shows is simply a maturing industry. Restaurants open and close all the time, but no one really says we have an oversaturation of them. Breweries will likely be the same way. Some will close others will open and some will be long lasting.

Aww, that’s a bummer! Saw some great metal shows there since they’ve opened. Hopefully the next owner continues to realize its potential as a venue space.