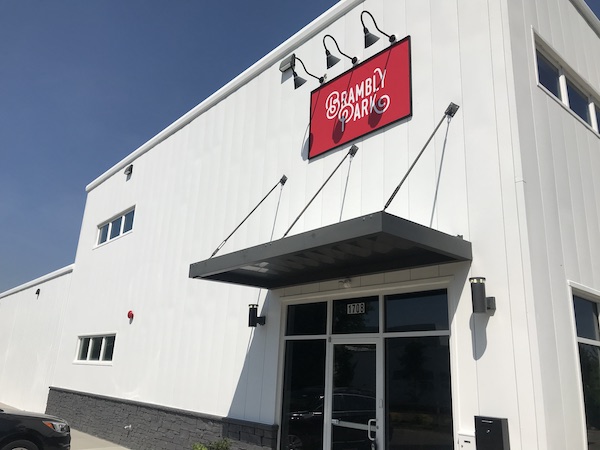 The winery is the first to open in Scott’s Addition. (Photos by Mike Platania)

A new winery and green space — two things there’s a dearth of in the otherwise booming Scott’s Addition neighborhood – is ready for its debut.

Brambly Park, a winery and restaurant with plenty of outdoor gathering space, opens this weekend at 1708 Belleville St.

The venue sits on two acres in the northwest corner of Scott’s Addition and also features an indoor seating area and upstairs event space. 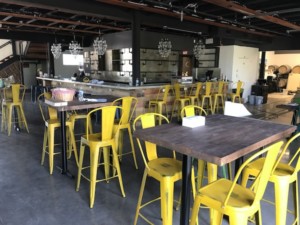 The concept’s indoor restaurant will open in a few weeks once allowed by state guidelines regarding the pandemic.

Behind the concept are Carter Snipes and Bobby Kruger, who also operate the HofGarden at 2816 W. Broad St. Local development firm Spy Rock Real Estate Group are also co-owners in the venture.

“We’re super fortunate this concept lends itself well to what’s happening right now in the world,” Snipes said. “We’re tucked away back here with plenty of open spaces and room to spread out.” 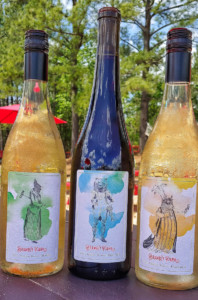 Its food menu currently features offerings for its outdoor customers, with salads, sandwiches and other small plates, and the winery will also continue bringing in food trucks. The indoor menu will be Italian and Mediterranean themed.

In addition to the wine and food, Brambly Park will also have over 20 beers on tap, Snipes said.

The outdoor space includes picnic tables, a shipping container that’s been converted into a bar, bocce ball and cornhole courts, and a shaded pavilion. The edges of the outdoor space reach abandoned railroad spurs, which now are covered with fine gravel and serve as part of a walking and bike trail system the city is planning to lead through Scott’s Addition and to the Science Museum of Virginia.

Snipes said their initial plans for Brambly Park included a designated dog park, but they are now working to do so on some neighboring property. Leashed dogs are still welcome at the winery and Snipes added they’re also still working on building a stage for live music. 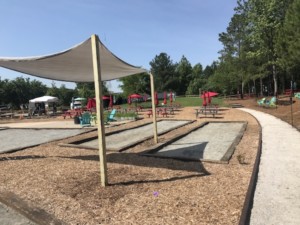 The winery is next to the recently-opened Ironwood Automotive, and Snipes acknowledges that Brambly Park’s in a part of Scott’s Addition that for now is less traveled.

“People will have a hard time finding it when they first get here, but once they do they’ll know where it is and you can ride your bike or walk back here, and there are 50 spots of on-site parking,” Snipes said.

More development is en route to Belleville Street as well. The Veil Brewing Co. is the lead tenant on a future food hall that’s rising at 1509 Belleville St.

Looking forward to giving you a try, i would come out right away but something tells me you’ll be drawing a crowd.