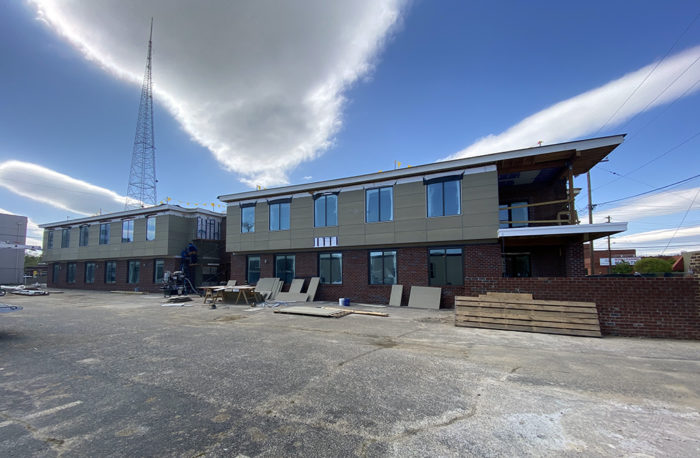 Work is currently underway on the Clay Suites project. The first tenant should move in later this fall.

Amid questions and theories about the future of office space in the age of coronavirus, a new office development in Scott’s Addition has netted its first tenant.

Upon moving in as planned in the fall, Chicago-based VillageMD will use the new space not as a physician’s office but as a hub for its analytics division, which will relocate from its current home in Innsbrook at 4050 Innslake Drive. 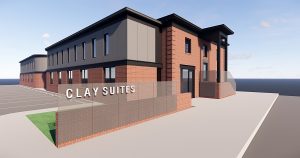 A rendering of the planned office space. (Submitted)

The project developer is a group led by Yogi Singh. They acquired the 11,200-square-foot building in early 2019 for $1.26 million, with an eye on replicating the success of their nearby Summit Suites project, which modernized a similar boxy old office building at 3122 W. Marshall St.

Now under construction, Clay Suites ultimately will house 14,500 square feet, thanks to a 4,500-square-foot addition the developers worked into the design.

“We added an addition to bring a little bit of character to the façade and augment the office spaces,” Singh said, adding that two outdoor patio spaces and 40 parking spaces are part of the plan.

With VillageMD locked in, the group continues to hunt for office tenants looking for 7,000 square feet or less. 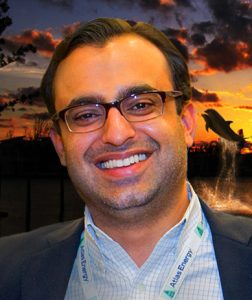 “We’ve contemplated the blocking of a total of four suites, but, like at Summit Suites across the street, we could have a tenant that needs a full floor and we could give them that (on the second floor) if needed.”

The modernization of the building includes the addition of an elevator, running fiber lines into the building and new interior systems.

Despite the uncertainty of the office market at large due to the coronavirus shutdown, Singh said the project still is attracting lease rates of $24 per square foot and up with triple-net leases.

“We think that pricing will hold up for the smaller suites. We’re in the heart of Scott’s Addition with ample parking,” he said. 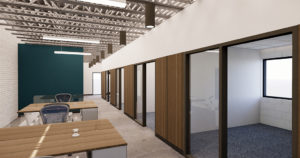 An interior rendering of Clay Suites.

“Companies today are still going to need a place where they can bring their teams together. Those things still happen in person,” he said. “We may do it differently or in smaller groups, but there are components of business that will always have to happen in person, in our opinion.”

Singh said up-and-coming neighborhoods such as Scott’s Addition and smaller offices in particular may fare better in this climate than large blocks of space downtown or in the suburbs.

“We think the 2,000-7,000-square-foot office suite in Scott’s Addition with ample parking has a place in today’s market. I don’t know what the future holds for the several million square feet of suburban office space in Richmond or the class-C office towers.”

Another project in the works

Singh’s group, meanwhile, also is starting on its other major project, a $5 million overhaul of the former Blue Heron Marina and Resort, which sits on the Chickahominy River in Charles City.

Now dubbed River’s Rest Resort, the group is renovating the property’s existing 20-room hotel and constructing a second hotel building of 20 rooms, and plans a full renovation of the docks and 72 boat slips. They’re also working to secure permits to add to 126 campsites on part of the property that will be available for seasonal leases to RVs and park model homes, which are akin to tiny houses.

River’s Rest is one of several deals Singh’s group has pursued in recent years of so-called land lease properties: Those that house small lots for RVs, campers and manufactured vacation homes, as well as traditional mobile home parks.

He said their timing of such investments, given the economy and the need for socially distanced vacations, is proving favorable.

“We couldn’t be more surprised at the level of interest in the campground hospitality portfolio,” he said. “Camping was cited as an activity that saw an uptick because of the perceived and implied physical distancing attributes that go along with that style of vacationing. We’re seeing that translate and we think that’s going to continue through the summer.”