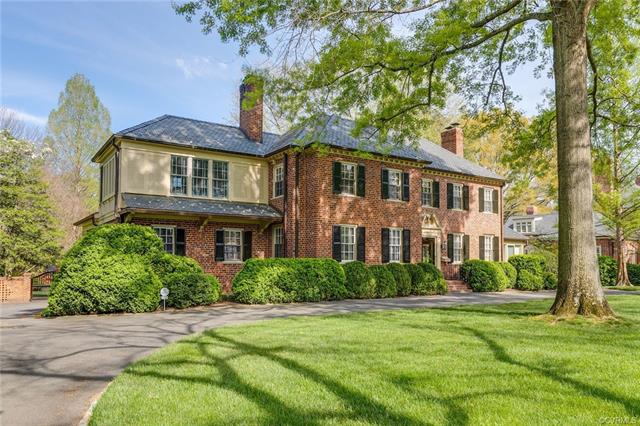 Two members of one of the more prominent families in Richmond have put their longtime residence in Windsor Farms on the market.

Jim and Barbara Ukrop are looking to sell their 5,400-square-foot house at 4306 Sulgrave Road, located across the street from Agecroft Hall. The five-bedroom house with four bathrooms and two half-baths was listed Friday with a $1.95 million price tag. 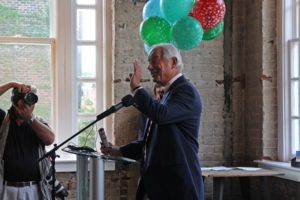 Known for their family’s Ukrop’s Super Markets chain, which Jim ran with his brother Bobby before selling the business in 2009, the couple is looking to downsize but will remain in the Richmond area, said Bo Steele, who is co-listing the house with his mother and fellow Steele Group agent Pooh Steele.

The Steeles are marketing the listing through the brokerage’s affiliation with Sotheby’s International Real Estate. The mother-and-son team started showings Tuesday, with a full slate of prospective buyers lined up throughout the day, Bo said.

The Ukrops purchased the house in 1987 for $459,000, city property records show. The latest city assessment valued the ¾-acre property at $1.3 million. 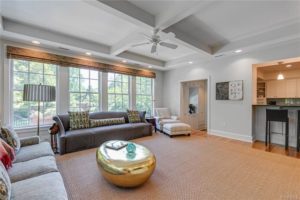 The house was expanded with an addition that included a family room and updated kitchen.

In that time, the couple expanded the house with a rear addition that included an updated kitchen, family room and master suite, Bo said. Considerable work also was done to the backyard, which Bo described as one of the largest in that part of the toney West End neighborhood.

“They’ve created one of the best yards in Windsor Farms in the back,” Bo said. “Beautiful gardens, walkways, a brick-and-slate eight-foot wall that goes around the whole property in the back. You usually don’t get yards that big on that side of Sulgrave.”

Built in 1953, the brick-and-slate Georgian totals 11 rooms across two levels. A curved stairway off the entrance hall leads to formal rooms, a sunroom and a library, and the kitchen with a six-burner commercial stove connects to a breakfast parlor and family room overlooking the backyard. The master suite includes walk-in closets and laundry, and the house includes a generator.

The property includes a detached shed and room for additions such as a pool and garages. Bo said the house would appeal to buyers who want to make those additions or move in as is. 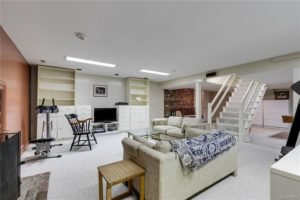 “It has all kinds of expansion opportunities with pools and guest houses and things you could do with it, or I could see someone just moving in and using what’s there,” Bo said. “It’s just a real showplace.”

In addition to serving as CEO of Ukrop’s, Jim’s business and civic involvements have included serving as chairman of the former First Market Bank. He also co-founded and is a managing director of NRV, a local venture capital firm that has invested in various startups.

Jim also has been active in real estate development, transforming the former Richmond Memorial Hospital into the Ginter Place condos with his son Ted, whose other developments have included Quirk Hotel. Barbara has been involved with Leadership Metro Richmond and served on the board of The Community Foundation. Both Jim and Barbara are William & Mary alums.

The couple’s home is the latest listing to hit the market with ties to the Ukrop name. In late 2018, Rob Ukrop, Jim’s nephew, sold his home in eastern Goochland Count for $1.55 million.

The enclosed backyard with patio.

This house was used in the early ’80s movie Kennedy starring Martin Sheen.