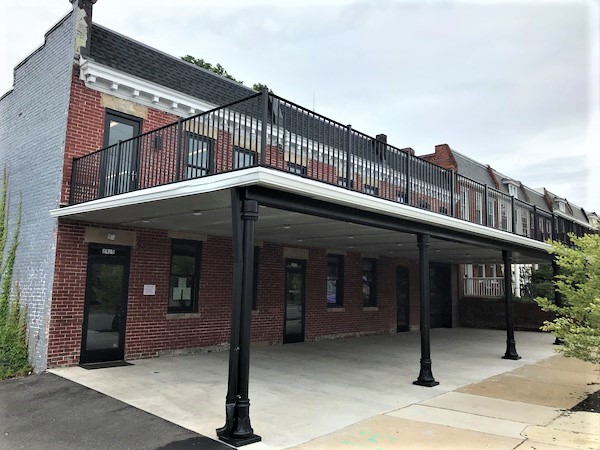 The building was formerly three rowhouses. (Photos by Mike Platania)

In Scott’s Addition, it’s become common practice for developers to convert derelict warehouses into residential units. But a career electrician and local broker have flipped the trend and converted a set of old row houses into commercial space.

Alberston, 67, owns Master Electrical Services, and Wilkins is an agent at Dodson Commercial. The duo bought the 7,700-square-foot building for $637,500 in 2018 after some convincing of Albertson by Wilkins. 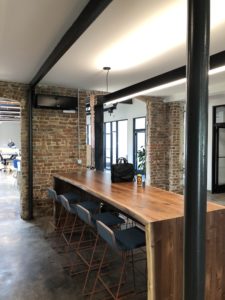 “He took me over to show me this thing and said, ‘It’s a diamond in the rough.’ I said, ‘No, it’s just rough,’” Albertson said, laughing.

“I walked away from it two or three times. A previous owner had gone in there and taken walls down and dug up floors, then just abandoned it.”

The project was Albertson’s first foray into commercial development, and he and Wilkins initially considered helping fund the project with the help of historic tax credits, but opted against it. Albertson said the renovation cost about $1.1 million.

“The roof was falling in (when we got it). You could see daylight up through the roof in the back. It’s been totally renovated,” Albertson said. “The space turned out really neat with all the exposed brick and old flooring.”

Albertson said they nearly struck a deal with a restaurant tenant to take the downstairs space, which also has an outdoor patio. However as Richmond gradually reopens amid the pandemic, that patio is getting put to use. Buskey Cider, located across the street at 2910 W. Leigh St., has been hosting popups with seating and tables on the patio in recent weeks. 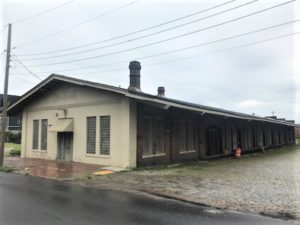 Albertson and Wilkins are now preparing to begin work on a former train depot at 604 Hull St. in Manchester.

With his first commercial project finished, Alberston said he and Wilkins are turning their attention to the Southside for their next project. The duo is working on renovating a former Seaboard train depot at 604 Hull St., across from the future Continental Manchester restaurant.

The Wilkins family has long owned the 8,400-square-foot building that once had been used to transfer freight from train boxcars to trucks. Alberston said he bought into the project with Wilkins and that they’re likely to convert it into office space as well.

“It was built in 1910 and really has never had anything done to it,” Albertson said. “We’re starting on that now with historic tax credits. … I think we ended up happy with office tenants instead of restaurant tenants, I think we’ll try to push it toward that.”

Congrats to Palmer. I’m looking forward to seeing what he does with the 6th Street Seaboard building in Manchester. That corridor is just exploding with new deals.

Congrats Palmer-can’t wait to see what you do with Seaboard!

I’ve always liked the train depot building. Exciting to hear it will get a renewed life.