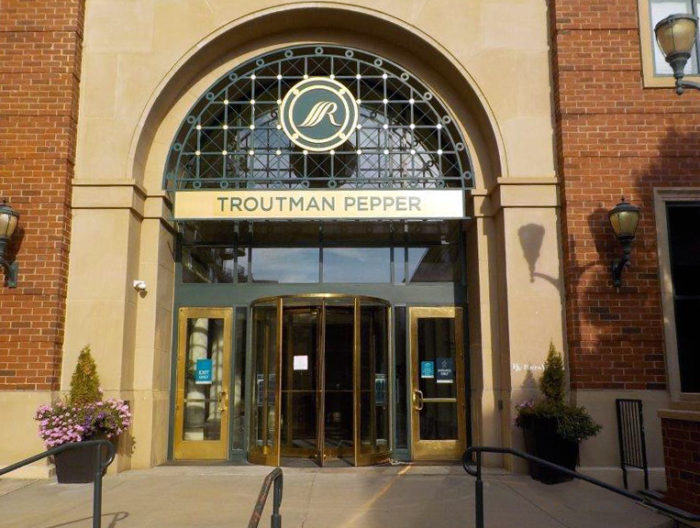 Slowed down a bit but undeterred by the coronavirus and economic slowdown, two large law firms have consummated a deal that will have ripple effects in Richmond.

The merger of Troutman Sanders and Pepper Hamilton was made official Wednesday. The combined firms, now known as Troutman Pepper, have 1,100 attorneys, 23 offices and more than $900 million in revenue.

That includes an office in downtown Richmond at 1001 Haxall Point, which houses 130 attorneys and 250 total employees – although many are working from home while the virus plays out. 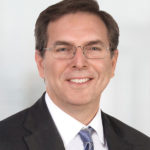 Brooks Smith, managing partner of the Richmond office, said Richmond is the firm’s third-largest office behind Atlanta and Philadelphia.

The only visible change to result from the deal in Richmond is new signage at Troutman’s canal-front office. Smith said other changes include new offerings for clients as the varying practices of the two firms are now under one roof.

“Change is good. I’ve always embraced it,” Smith said. “The newness of it will bring some excitement and buzz and creativity.”

Announced in January, the deal was initially supposed to close April 1, but was delayed to July 1 because of the virus. Troutman Pepper is led by CEO Steve Lewis, who had been chief executive of Troutman Sanders.

Smith said the virus’s effects on the economy have kept the firm busy.

“Amazingly, and I don’t take this for granted, we’ve been as busy or busier through the pandemic than we ever have been,” he said, adding that while some practices have slowed down, such as trial cases and M&A deal flow, others areas have picked up.

“Covid has been so disruptive and in disruption, a lot of folks need lawyers to navigate what they can do or can’t do,” Smith said.

Social distancing also will keep Smith busy post-merger, as he begins to ponder the layout of the firm’s Richmond office and how to bring more employees back in safely.

“That will be my next challenge, to figure out what that space looks like,” he said. “We ran out of office space at the start of the year, so we are chock-full.”

The Troutman Pepper deal is the second major law firm merger to bring a new name into the Richmond market in recent years. In 2018, Richmond-based Hunton & Williams merged with Andrews Kurth to create Hunton Andrews Kurth.

Darn they should have gone with Peppered Trout for their combined name.