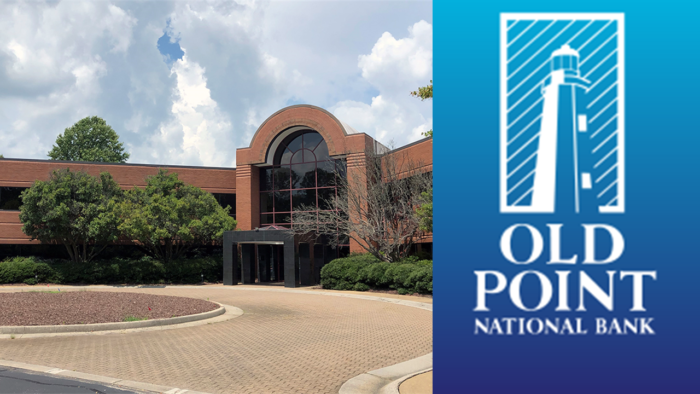 Another out-of-town player wants a bigger piece of the Richmond banking market.

Old Point National Bank, based in Hampton, opened its first outpost in the region Aug. 1.

The bank moved a two-person team into 1,600 square feet at the Ironbridge Commons Building at 5601 Ironbridge Parkway in Chesterfield.

Joseph Witt, Old Point’s president of financial services and chief strategy officer, said the bank has been funding commercial real estate transactions in the Richmond area for a few years without a formal physical presence.

He said the move into Richmond was a natural step. The bank’s 18-office footprint extends as far northwest as Norge, just 40 minutes from Richmond.

“Richmond is a logical growth area for us,” Witt said. “We hired some quality individuals and will continue to look for more expansion there.”

Leading Old Point’s Richmond operations is Philip Hager, a UVA grad who most recently was with C&F Bank. He also had stints at Sonabank and M&T Bank.

Witt said Old Point doesn’t have immediate plans to expand into retail branching in Richmond. He said the bank will continue to focus on commercial and wealth management clients and sees Richmond as a way to diversify beyond its home market of Hampton Roads.

“Richmond has a very good, diverse economy. We’re beginning to see Hampton Roads and Richmond actually come closer together as a market, especially as the interstate improves.”

Old Point is the latest out-of-town bank to seek new revenue in Richmond in recent years.