A few months after pausing a $40 million riverfront residential project, a Cleveland-based developer is ready to sell off some prime Manchester land.

An unidentified buyer is under contract to purchase the roughly 2-acre site at 700 Cowardin Ave. from Brickhaus Partners, principal Andrew Brickman confirmed. 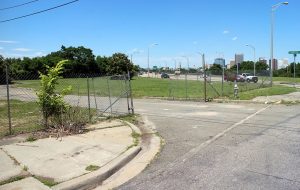 However, in the spring Brickhaus put RiverHaus on hold to focus on bigger projects it has underway on the West Coast and after receiving unsolicited offers on the Manchester property.

Brickman would not say who the prospective buyer is or when the deal is scheduled to close.

The pending deal is at least the third time the property has been under contract in the last four years. Local developer Jeremey Connell previously had a deal in the works to buy the site from Charlotte-based Northwood Ravin, before passing it off Brickhaus.