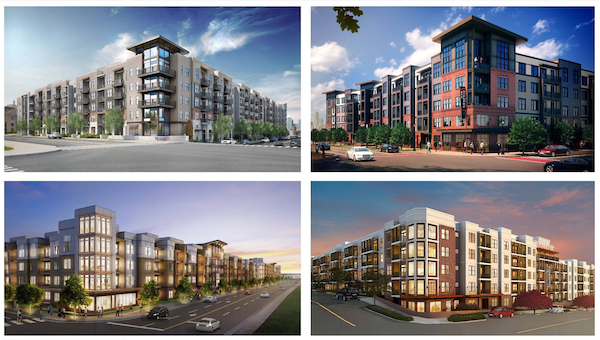 Renderings of what the second phase of Belle Heights could look like. (Courtesy city documents)

With buyers beginning to roll in for the first leg of townhomes, the developers of a new Manchester project already have another phase in mind.

Harper Associates’ Belle Heights has begun selling the first of its 111 townhomes at 1802 Semmes Ave., at the corner of Semmes and Cowardin Avenue. The units are being built by Ryan Homes.

The developer has applied for a special-use permit for the project’s second section, to rise on adjacent parcels at 2201 McDonough and 322 W. 22nd streets. 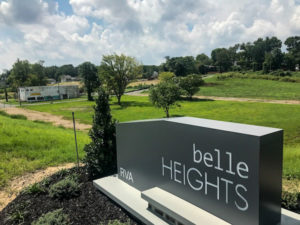 The project’s second phase would rise on a grassy area downhill of Semmes Avenue, and on a site taken by a vacant auto shop, seen to the left. (Photos by Mike Platania)

The exact layout and unit count of that next phase is to be determined. The Aug. 6 application, penned by attorney Preston Lloyd of Williams Mullen, lays out two possible scenarios for Phase II: either up to 35 more townhomes, or a mix of up to 120 apartments and 15 townhomes.

Requests for comment sent to Harper Associates were not returned by press time.

The SUP application describes Belle Heights Phase II as “an infill development opportunity, interspersing for-sale, attached townhome dwellings with the option for a portion of multifamily dwelling units.” Poole & Poole Architecture is listed as the architect for the new phase.

A vacant auto service building currently stands at 322 W. 22nd St., while 2201 McDonough St. was formerly home to a mobile home park that was flooded out a few years ago. It is currently a grassy area.

The special-use application is not yet listed on the city’s Planning Commission agenda. Belle Heights’ first phase also sought an SUP, which the Richmond City Council approved in early 2019. 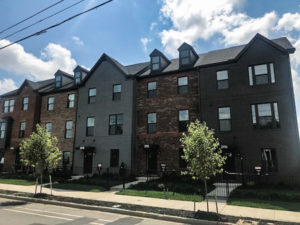 Plans for the second phase come as Belle Heights’ first units reach the finish line on construction. Harper announced last week that four of the townhomes sold on the first day of sales. The 1,700-square-foot townhomes start at $340,000 and feature three bedrooms, back decks and private garages.

Belle Heights’ first phase also includes 4 acres set aside for possible mixed-use or commercial tenants in the future. When Harper first bought the land in 2015, it was eyeing it as a commercial project with a grocery anchor. When a grocer never came through, Harper scrapped those plans and pivoted to residential. 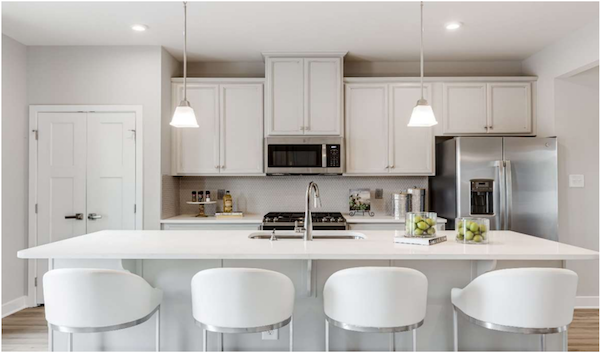