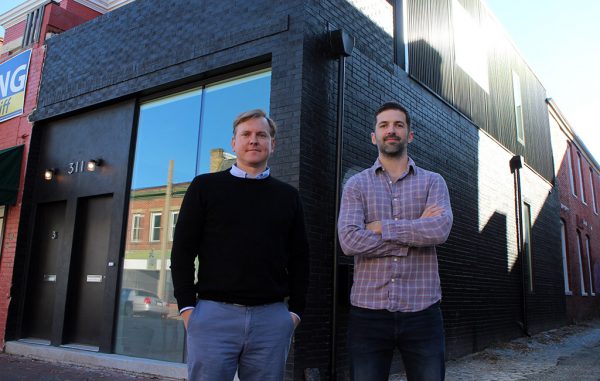 A downtown architecture firm is now the owner of the building it redesigned to be its own modern-style office three years ago.

Architecture AF purchased the building it has been leasing at 311 N. Second St. for $467,000. The deal, which was made through an LLC owned by co-founders Forrest Frazier and Andrew Herbert, closed Aug. 24, city property records show.

The seller was MF Development LLC, which purchased the century-old, two-story building in 2016 for $119,000. Frazier said he was a member of that entity along with a group of investors but didn’t share ownership in the property. The latest city assessment valued the 2,700-square-foot building at $392,000. 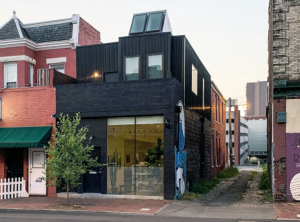 Frazier and Herbert, both UVA alums, redesigned the building as a launch pad of sorts for Architecture AF, which they ended up locating in the building’s ground-floor space. Herbert mans an office in New York, while Frazier leads two employees out of the Richmond space.

Frazier said they had the building under contract since the beginning of the year.

“We saw it as a great opportunity. We love the location,” he said. “Even though downtown isn’t what it was in February right now, it’s bound to come back and rebound at some point.”

Architecure AF fills the building’s ground-floor space, which totals about 1,000 square feet and provides the firm with room to grow, Frazier said. The building also includes a studio apartment on the ground floor and two one-bedroom apartments on the second floor, which Frazier and Herbert will continue to rent out.

The pair redesigned the building, which was built in 1920, with a $450,000 facelift that transformed it with a modern façade and updated interiors. The rehab won the firm a Golden Hammer award that year for best adaptive reuse.

With the project helping to put the firm on the map locally, Frazier and Herbert have won a steady stream of projects, including John and Benedicte Whitworth’s rowhouses rehab along O Street in Church Hill and coworking brand Venture X’s office in Scott’s Addition. 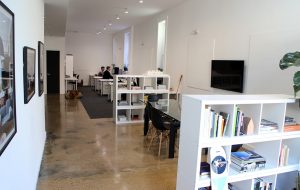 Frazier said the firm has kept busy through the pandemic, most recently working on The Mirage, an apartment conversion of the former Caritas Furniture Bank in Manchester by Crescent Development and Spy Rock Real Estate. The 139-unit project had previously been called Spa Lofts.

“It’s been a mixed bag,” Frazier said of their pandemic-era workload. “We have been busy the entire time, so in that sense we feel fortunate. But it’s not the same market as it was last year, for sure.”

Frazier said the firm is maintaining its New York presence, which has contributed to keeping its project stream steady.

“We still have a space in New York, although again, things have changed so much in New York,” he said. “Everyone’s working from home.”

Of their Richmond home base, Frazier added: “We’re very excited to all be back in the same office soon.”

Architecture AF’s building purchase comes on the heels of nearby ArchitectureFirm’s purchase of the building it had been leasing at 309 N. Adams St. for $475,000.

Farther east along Broad, Hickok Cole earlier this year signed a lease for a 1,400-square-foot space at 20-22 E. Broad St. The Washington, D.C.-based firm has had a presence in Richmond for four years, working out of the Scott’s Addition Gather location.