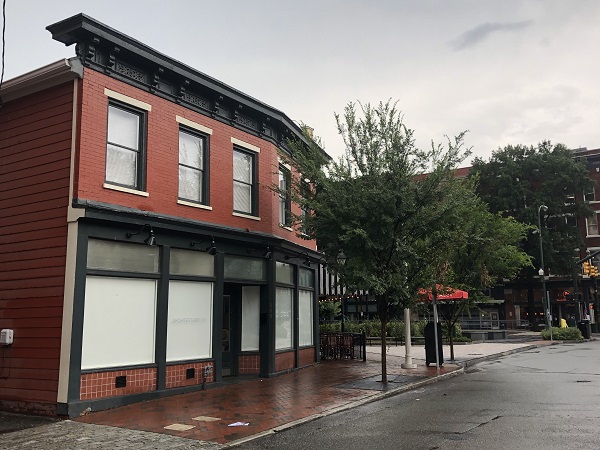 The building at 309 N. Adams St., adjacent to the Maggie Walker statue plaza on Broad Street. (Photos by Michael Schwartz)

A local architecture firm led by a group of UVA grads has gone from renter to landlord after buying the building they’ve called home for three years.

An entity tied to Jackson Ward-based ArchitectureFirm purchased the two-story building at 309 N. Adams St. for $475,000 on Aug. 7.

Danny MacNelly, a partner in the firm along with wife Katie MacNelly and Adam Ruffin, said the Ukrops approached them about buying the building after years leasing to them, both at the Jackson Ward space and the firm’s previous location at 211 W. Broad St. He said the deal had been lined up for this spring but was pushed back due to the pandemic. 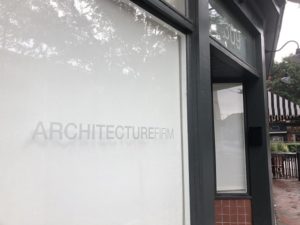 ArchitectureFirm has filled the bottom floor of the building since relocating from a Broad Street storefront a few blocks away.

“It was a good deal for us,” MacNelly said. “We like our space here, we like the area, and I don’t see us going anywhere for a long time. So it seemed like a no-brainer.”

The building includes two apartments upstairs that are currently occupied. MacNelly said the LLC would take over as landlord of those units.

ArchitectureFirm — its name stylized in all caps with “Architecture” in bold — has been in business for about a decade, after Katie started it as a side gig while raising their kids. Danny joined her five years ago after nearly eight years with 3north, which moved its office to Historic Tredegar last year.

The couple and Ruffin all met while in grad school at UVA, where they each received a master’s degree in architecture. Ruffin is based in Brooklyn, New York, where he maintains a second office with two of the company’s eight employees. The rest of the 11-person firm is based in Richmond.

Danny, a Richmond native and Collegiate School grad, said the firm averages between 10 and 20 projects at a time depending on complexity. Its portfolio consists primarily of single-family homes and some multifamily buildings, with some hospitality work and Ruffin adding a focus on museums. 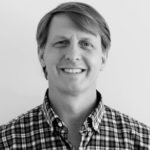 Recent work has included Ted and Katie Ukrop’s Quirk Hotel Charlottesville, following MacNelly’s work as project manager on the original Richmond Quirk while he was with 3north, which was the design firm on that project.

Other local work includes Common House, the downtown location of the Charlottesville social club and coworking brand that’s using ArchitectureFirm’s former Broad Street space as its Richmond office. The firm also is designing a new office for a Richmond ad agency, which MacNelly said he was not authorized to name.

As for that name — ArchitectureFirm — MacNelly said it came from a trend he and Katie and Ruffin were seeing while in school of new design firms taking generic-sounding names. But he said it serves a dual purpose, as well.

“It seemed like the logical conclusion of that would be the most generic name, which would be ArchitectureFirm – an architecture firm named ArchitectureFirm,” he said. “But we liked what it represents, in that it says what we do. And it’s a little bit of our ethos, in that we like to get out of the way of the project. We’re not an ego-heavy office. We want the buildings to speak for themselves.”

The firm’s investment in its building ensures some longevity for what’s become a sort of architecture hub around Adams and Broad streets. Walter Parks Architects is next door, and Cornerstone Architects remains across Broad after selling its building in 2018.

Around the corner on Foushee Street, PSH+, formerly Price Simpson Harvey, likewise sold its building earlier this year, remaining a tenant. Urban design firm Future Cities is at the corner of Foushee and Broad. Other design firms nearby include Architecture Design Office, Hummel Associates, and another firm with UVA ties, Architecture AF. 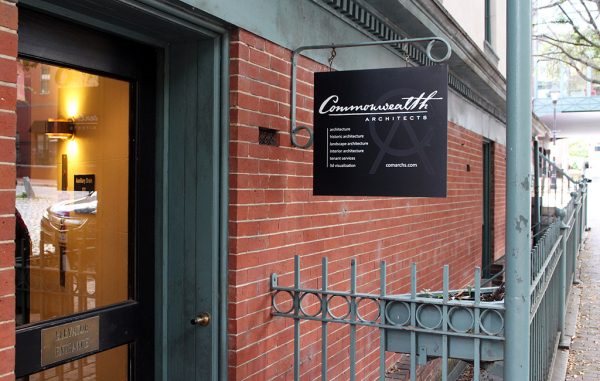 In other local architecture news, Shockoe Slip-based Commonwealth Architects recently added to its ranks with its acquisition of its neighbor a couple blocks over, Boynton Rothschild Rowland Architects PC. 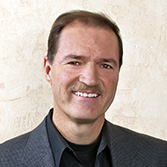 “Technically, it’s an acquisition. But we’d like to say it’s a merger,” Shadbolt said. “They’re coming in and bringing their client base and their billing and marketing capabilities with them. That was one of the reasons we really liked the deal.”

He added, “They’ve got several clients in the higher ed and governmental marketplace that we have not been able to get with, despite the fact that we’ve tried. We think we’ll get more work, especially if they can say, ‘Hey, we have a little bit bigger engine’ rather than a real small firm. That allows us to do some really large projects.”

The combination brings an end to a nearly 30-year run for BRRA, which started in 1991 as a successor of five other firms dating back to 1904 with Charles Robinson, a noted architect whose imprint on the area includes the former Highland Park School, Fox Elementary, the First English Lutheran Church on Stuart Circle, and the old Hotel Petersburg that’s undergoing redevelopment.

The 20-year-old Commonwealth’s workload includes the currently on-hold expansion of Virginia Housing Development Authority’s headquarters, as well as a new parking garage downtown and the multi-building Williams Square development in Fredericksburg. Shadbolt said the VHDA expansion and smaller projects have helped sustain the firm through the pandemic, with no layoffs or pay reductions.

Commonwealth has a track record of absorbing smaller firms. In 2017, it likewise took on Henrico-based firm Architects Dayton Thompson & Associates.