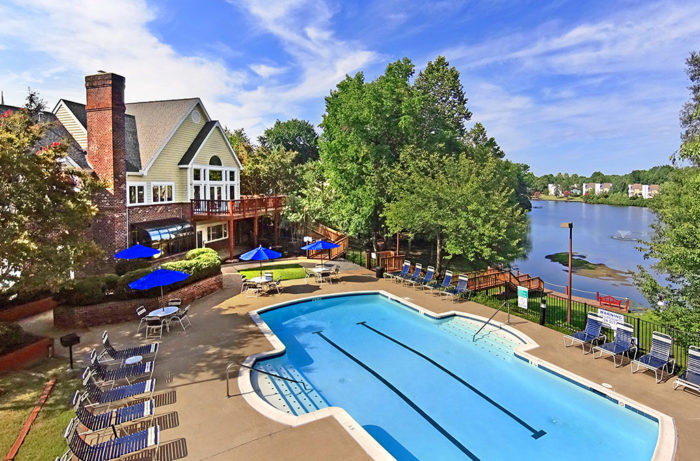 The Kushner Cos. purchased the Wilde Lake Apartments for $35.2 million. (Courtesy of Drucker & Faulk)

While President Donald Trump was preparing to take the stage at the first presidential debate of 2020, his son-in-law’s real estate firm was busy working an eight-figure deal in the Richmond market. 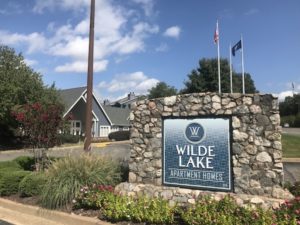 The deal is the Kushner Cos.’ third in the Richmond region. (Photo by Mike Platania)

An entity tied to the Kushner Cos., controlled by the family of White House Senior Advisor Jared Kushner, last week purchased the 190-unit Wilde Lake Apartments at 2900 Bywater Drive near Short Pump for $35.2 million, Henrico property records show. The price tag equates to $185,263 per door.

The deal is the Kushner Cos.’ third in the Richmond region. Last year, the company spent nearly $100 million on a pair of apartment complexes totaling over 500 units in Chesterfield County.

Built in 1989, the Wilde Lake complex sits on nearly 18 acres near the intersection of Lauderdale Drive and Church Road. The land was most recently assessed by Henrico County at $30.1 million.

The buying entity in the Sept. 24 deal was Richmond Wilde LLC. Matthew Burrows, a vice president at Kushner Cos., signed the deed on the company’s behalf. 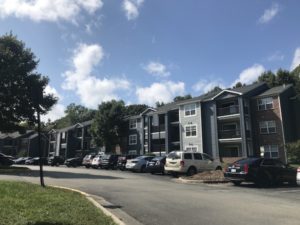 Kushner Cos. said in an emailed statement: “This purchase more than doubles our unit count in the Richmond-Tidewater market since we first planted our flag there 15 months ago. We’re excited to continue growing our roster of investment partners who have footprints in this region.”

Founded by Charles Kushner in the 1980s, Kushner Cos. owns millions of square feet of residential, office and retail space along the East Coast. Per its website, the firm added 6,500 apartments to its portfolio in 2019, including a $1.2 billion portfolio of apartment buildings in Maryland and Virginia.

Commercial real estate folks, help me out, what would rent have to be to make that deal make sense?

Also, seems the website (for the apartment complex)has security issues.

This company is notorious for persuing old debt associated with the complex they acquire. I’d be curious to know what their evicyion/default rate was as that seems to be a major data point that interests the Kushner Real Estate holdings and acquisitions.

Well yes, but cap rates are primarily how you would value something like this. Then you would make adjustments based on other positives or negatives

Also it’s a common misconception that cap rates are returns. Cap rates are just the risk the market assigns to a particular property. Investors always want higher returns, but generally only want cap rates up to a certain level

Without knowing the numbers, doesn’t this seem a high price per door for the rents one would expect for around there? I’m guessing this is low cap rate and financing driven.

A little article for perspective, enjoy: