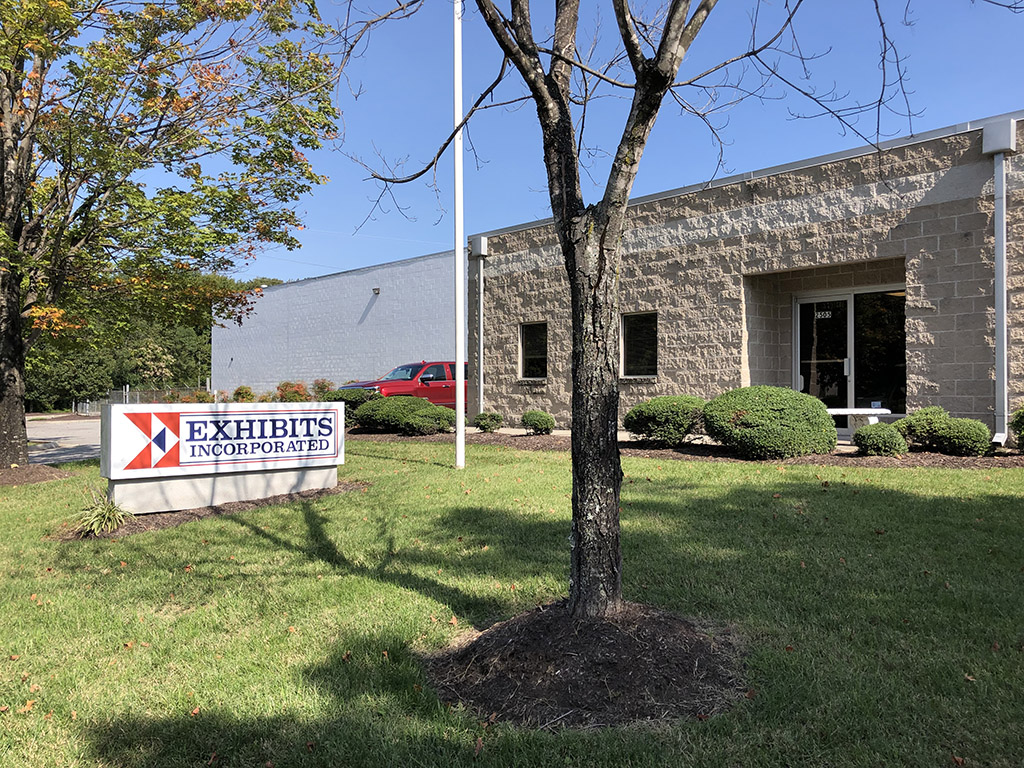 It’s the day his family’s 60-year-old company, Henrico-based Exhibits Inc., saw its normally steady spigot of revenue run dry in an instant. It’s the day the U.S. began to shut down at the hands of the coronavirus pandemic.

“We were completely in the bullseye,” said Chandler. “Convention centers and hotels are where we do our business. It just completely cut off like a light switch.”

Exhibits Inc. is in the business of setting up the booths, tables and décor for trade shows, conventions and conferences. It’s an industry that doesn’t allow for a pivot into selling to go or online. 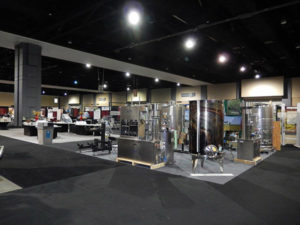 An example of one of Exhibit Inc.’s setups.

Chandler and his brother Jeff own and run the company, which they took over from their father in the 1990s. It’s headquartered off Mechanicsville Turnpike, northeast of downtown Richmond.

In its best years, the business brought in upward of $3 million in revenue, much of it coming from events of all sorts around the Mid-Atlantic. The Greater Richmond Convention Center is one of its main venues. Chandler said they were off to an unprecedented start to 2020 before COVID-19 set in.

“January and February were the best two Januaries and Februaries we had ever had. Then March 18 came,” he said. “We sent the guys to go get some stuff out of the convention centers and we were toast. It was done.”

Last week, after six months of no business, the 21-person company fell into bankruptcy, filing for Chapter 7 to begin an organized liquidation of its assets.

It lists dozens of creditors owed a combined $421,000 and assets valued at $1.5 million, most of which is made up of the equipment it used to set up events, including miles of carpet and pipes, drapes of all colors and sizes and a fleet of 11 trucks.

The company and its attorney, Kevin Funk of Durrette, Arkema, Gerson & Gill, are working with the bankruptcy trustee to sell off that inventory to pay its debts. The landlords on its two warehouses in Richmond and Virginia Beach are among its biggest creditors and it owes Wells Fargo on a line of credit.

Chandler said they didn’t have much of a choice. The bankruptcy filing illustrates the year that could have been. It lists dozens of events the company had on the books but that have since been called off. Chandler said they’ve been hired once since the pandemic began — for a half-day setup at the Siegel Center for the General Assembly’s socially-distanced emergency session.

“We’ve been bleeding $35,000 a month. That’s just not sustainable,” he said. “I don’t see light at the end of the tunnel. I think there will be (for the industry) but we’re not able to sustain it.”

For now, Chandler said the bulk of Exhibits’ former employees — himself included — are getting by on unemployment, with only some finding new jobs. He said one of their longtime workers is still bouncing back after catching the virus and becoming gravely ill. Many had been with the company for more than 15 years. 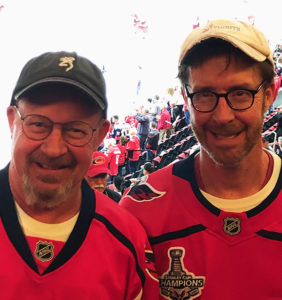 While the brothers have effectively been forced to retire from the family business, Chandler, 60, and his brother, 58, have found a way to continue working together — albeit in a completely different setting. They’ve both taken on part-time, hourly gigs doing golf course maintenance at Country Club of Virginia.

“We’re best friends,” he said of him and his little brother.

Chandler said he also takes some comfort knowing the company’s demise was largely out of their hands. It was just another business casualty of the pandemic.

“It sucks. It’s too bad it had to go out like this,” he said. “But I guess we have some peace of mind that we didn’t run it off the road ourselves.”

“It was just another business casualty of the pandemic.”

It was just another business casualty of government’s hysterical, unscientific over-response to the pandemic.

It was another business casualty due to the federal government’s complete incompetence and disregard for American lives. There, fixed it for you.

Name ONE Democrat leader who proposed acting sooner and stronger than President Trump. Should be easy, right?