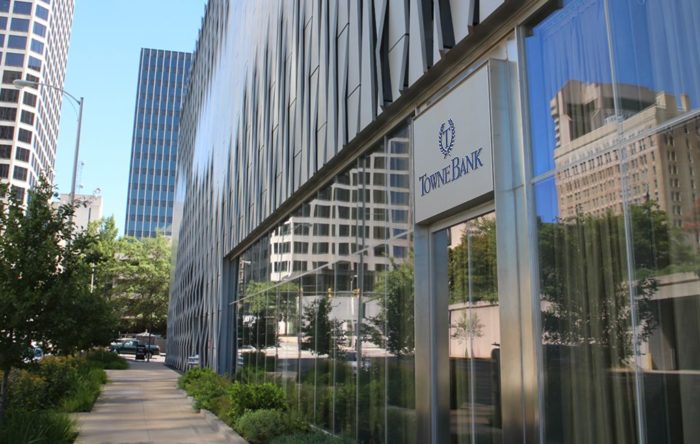 TowneBank this year leaped for the first time into the top five of local deposit rankings. (BizSense file)

Local bank branches have had to make some extra room in their vaults over the last year, as Richmonders appear to have been socking away cash for a rainy day while the pandemic has persisted.

That’s at least part of the picture painted by the latest deposit market share report released last month by the FDIC. The annual ranking tracks how banks’ local branches are stacking up in the battle for deposits.

Atop the local rankings once again and the biggest beneficiary of the cash hoarding is Bank of America, which held $23.8 billion across its 21 local branches as of June 30. That’s up $7.6 billion from BofA’s $16.2  billion a year ago. 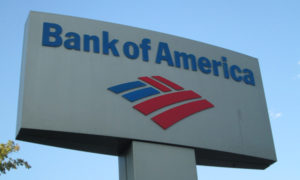 Bank of America, which ranks No. 1 in Richmond-area deposits, held $23.8 billion across its 21 local branches as of June 30. (BizSense file)

Those numbers easily helped the banking giant retain its perennial No. 1 spot in Richmond, as it controls 45 percent of local deposits.

But there was noticeable shuffling in the rest of the top five over the last year.

Truist Bank, the resulting name of the merger of SunTrust and BB&T, now holds the No. 2 spot in the rankings with $9.31 billion spread between its 71 local branches. That’s up from a combined $7.77 between BB&T and SunTrust last year, prior to their marriage. Truist now controls 17.6 percent of the local market.

The creation of Truist caused Wells Fargo, which for years has regularly been in the second spot behind BofA, to slip to third. It held $7.9 billion in deposits at its 56 local branches, up from $6.7 billion a year ago.

Holding steady in the fourth spot is locally-based Atlantic Union Bank — the top local bank on the list — with $4.4 billion in deposits, up from $3.2 billion last year.

Leaping into the top five for the first time is Hampton Roads-based TowneBank, which held $1.19 billion in local deposits. That’s up from $1.1 billion a year ago.

The rising deposit trend was seen at most of the other 20 banks with a branch presence in the region.

Midlothian-based Village Bank jumped to $568 million in deposits, up more than $130 million over the year. That earned it a spot in the top 10.

Henrico-based Sonabank grabbed an additional $118 million in deposits over the year, reaching $689 million.

Editor’s Note: The market share percentages used in this report did not take into account the deposits held in Richmond by Capital One Bank, which has no major branch operations in the area but is technically headquartered here, and, on paper, keeps its $77 billion in deposits here. BizSense adjusted the percentages for only those banks with a legitimate retail presence in the market.

No mention of M&T Bank. TowneBank is nice fit for Richmond.