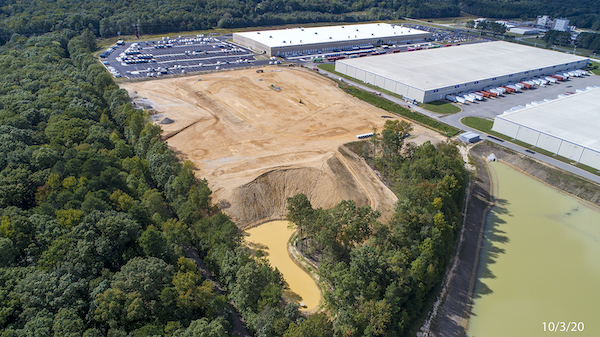 A 133,000-square-foot warehouse to be occupied by DuPont is set to rise on this site in the James River Logistics Center. (Courtesy of Dennis McWaters Photography)

The industrial real estate sector has been busy in Chesterfield in recent weeks, with a longtime development landing its final tenant and a manufacturing facility in the southern part of the county selling for $21 million.

DuPont is already a tenant with 813,000 square feet across two buildings at the 77-acre industrial park that Devon USA began developing in the early 2000s.

Devon USA Managing Director Ed Mitchell said DuPont had been interested in another newly built building within the park before Amazon swooped in this spring and took the 321,000-square-foot warehouse.

“We went back to DuPont and said, ‘Bad news guys, Amazon’s taking the whole building. But we’ve got enough room here that we can provide the amount of space you were looking at with your own free-standing building,’” Mitchell said.

Not long after, DuPont signed on to take all of what will be the park’s final building. The building’s name, Project Gunpowder, is a nod to DuPont’s early days in the 1800s when it manufactured gunpowder.

The land it’ll rise on is currently a pad site, and Mitchell said they hope to begin work soon and complete the building in the spring. Once DuPont is moved in, the firm will occupy 946,000 square feet in the industrial park. 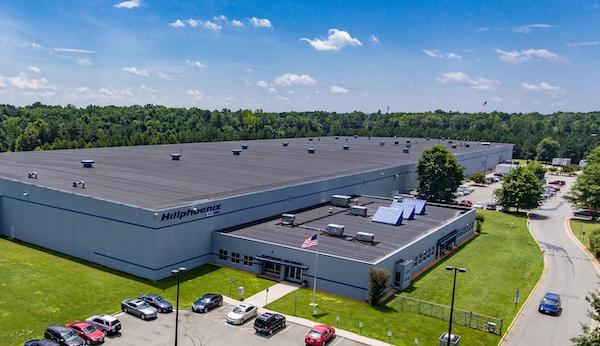 Another warehouse in Chesterfield sold for nearly $8 million above its assessed value. (Courtesy of Colliers International)

A few weeks before the DuPont deal was announced, the Hill Phoenix plant at 1301 Battery Brooke Parkway in the county’s Bermuda district sold for $21.35 million.

Hill Phoenix, which makes refrigeration display cases, is the lone tenant in the 317,000-square-foot building that sits on 24 acres.

The buyer was an entity tied to The Halle Cos., the same Maryland-based firm that bought an Amazon-occupied distribution center in south Richmond for $78 million in January.

The property was most recently assessed at $13.58 million, per county property records. Colliers’ Will Bradley and Mark Williford represent the seller, an entity tied to Houston-based real estate investment firm Pinchal & Co.