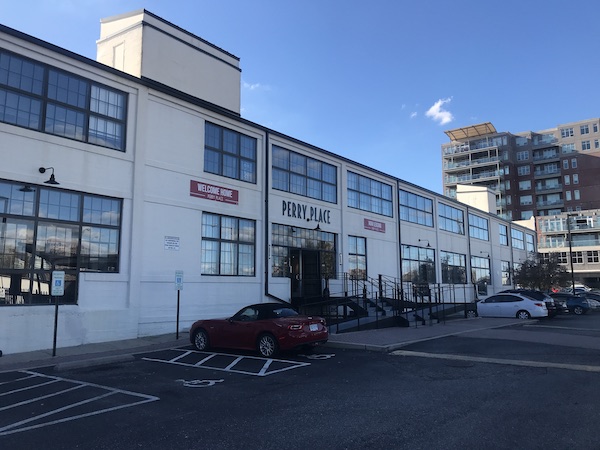 The 70-unit Perry Place apartment building was redeveloped in 2009 and is located just a few blocks from the Manchester Bridge. (Mike Platania photo)

A new-to-market real estate investment firm has staked its first claim in the city.

The seller was local firm Capital Square 1031, which bought the 70-unit property for $8 million five years ago. The building was formerly a distribution center for Acme Paper & Supply Co. before it was redeveloped by brothers Bill and Bob Watson in 2009.

Mike Waddell, Capital Square’s president, said the building was not on the market very long before it sold.

“The demand for assets like this, for multifamily investments of this size, age and location, is just so strong,” Waddell said. “We’re at peak or near-peak demand for an asset like that. The cap rates are very low so it was just an ideal time for us to sell.”

In an emailed statement, Fulton Street principal Charlie Garner III said: “Perry Place is an institutionally-maintained asset with a rich history in the heart of Manchester, a neighborhood poised for continued development and growth. Fulton Street looks forward to enhancing the community to make Perry Place a premier place to live in the Richmond market.”

The 48,600-square-foot building fronts Commerce Road. It sits on 1.3 acres and was most recently assessed by the city at $8.6 million.

Waddell said construction there is moving along and that Capital Square is lining up some additional out-of-town deals going into the winter.

“We’ll continue to acquire additional assets,” Waddell said. “We’ve got a number of things slated for the end of the year and into Q1.”

wow, 163k per door is nuts to my mind. Indicates a lot of houses near Manchester are underpriced.

I lived in this building for two years. Love the location and hopefully they will upgrade the amenities!