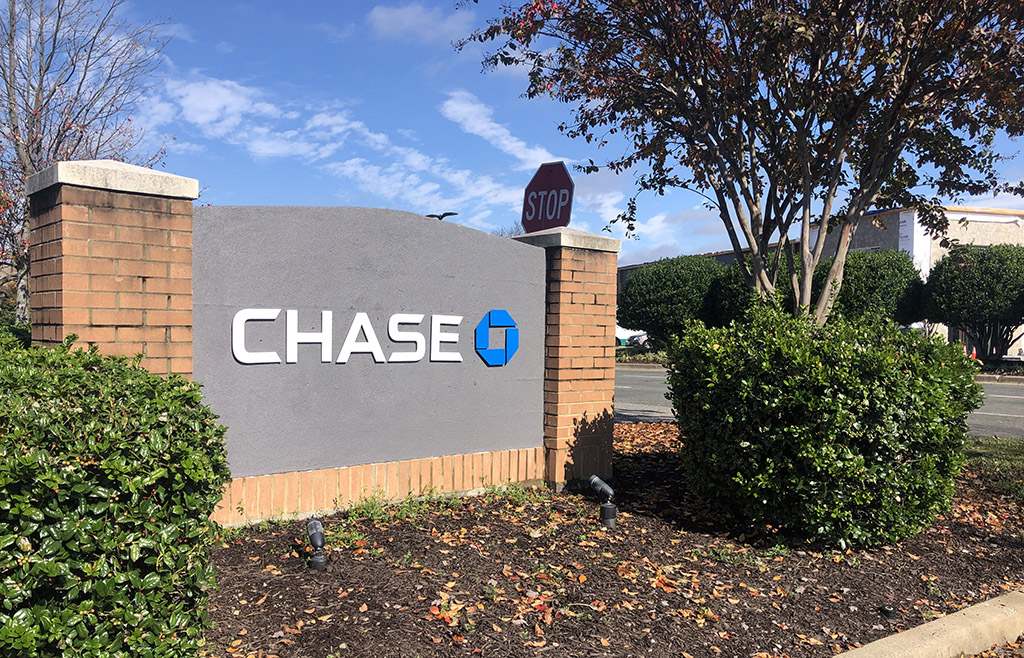 A Chase Bank sign at one of its newer Richmond-area branches. (Michael Schwartz photos)

Banking giant Chase Bank’s push into the Richmond market continues, as it makes its first moves into Chesterfield and Hanover counties.

The company confirmed last week its plans for two new from-scratch branches: one at 9159 Chamberlayne Road in Mechanicsville and the other at 1321 Huguenot Road in Midlothian.

Those will add to locations in the works in Willow Lawn and follows the opening of Chase’s first two area branches on Staples Mill Road and in Short Pump earlier this summer.

The planned Chamberlayne branch will replace an existing gas station and convenience store at the intersection with Leon Lane in Hanover’s Atlee Station section. A bank spokeswoman said Chase plans to purchase the property. 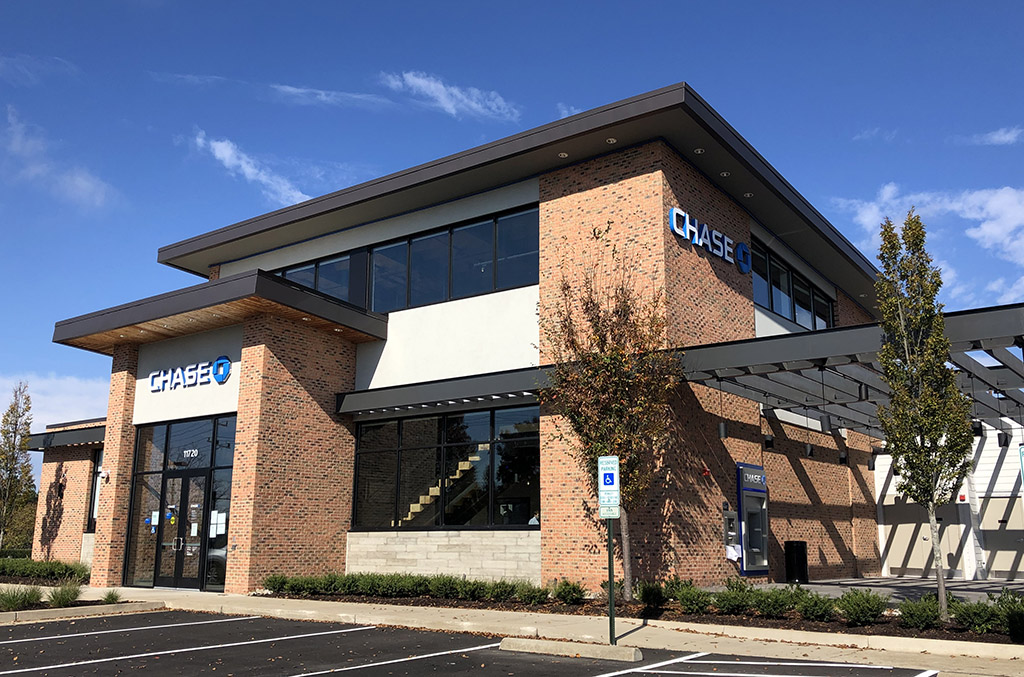 The Midlothian branch will rise on a surface lot adjacent at the intersection of Huguenot Road and Koger Center Boulevard that’s part of a former HHGregg store and next to Chesterfield Towne Center. The bank will lease that property.

Both the Midlothian and Hanover branches, which will be full-service, are expected to open in the fourth quarter of 2021.

Chase also recently acquired the property where its first branch within the city limits is currently in the works. It paid $1.25 million for the former Peking Pavilion space at 1302 E. Cary St. in Shockoe Slip. The deal closed Nov. 4. That location is expected to open in the third quarter of 2021.

The mass expansion is part of Chase’s plan to add up to 20 new branches in Central Virginia over time, 10 of which it aims to open by the end of 2022.

If the store is rising in the old HHGregg/Circuit City parking lot that is adjacent to the store, is the old store then coming down?