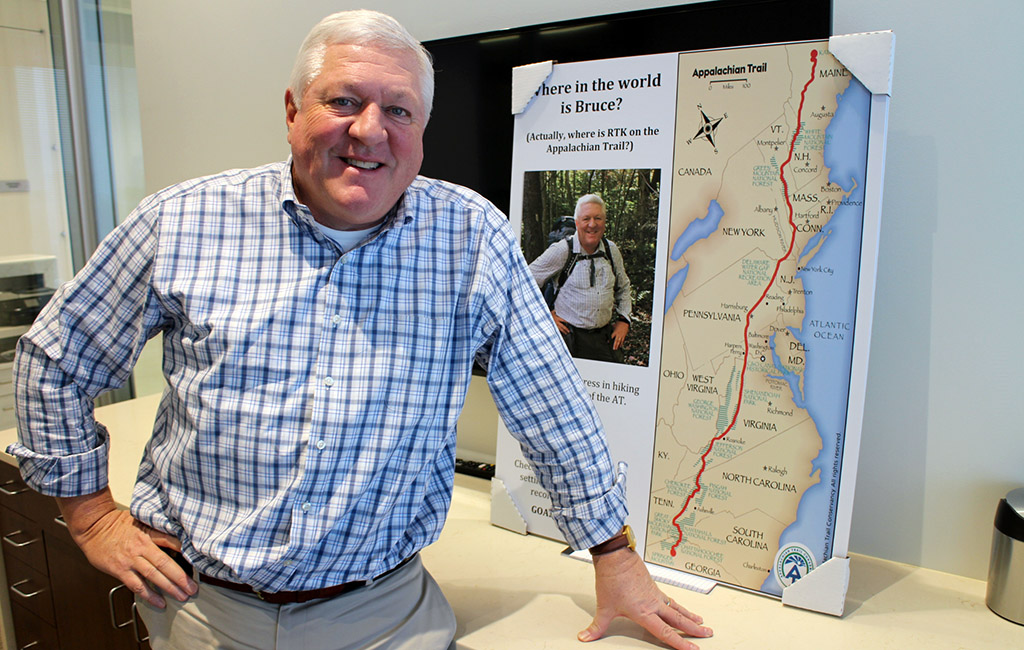 Bruce Matson, a prominent, longtime local bankruptcy attorney formerly of LeClairRyan, had his law license revoked last week by the Virginia State Bar after he admitted to inappropriately pocketing seven figures worth of funds from the long-dormant LandAmerica bankruptcy trust account.

The disbarment stems from an episode last year when it was discovered that Matson withdrew $2.8 million from the LandAmerica wind-down account and put the money into his own personal account and those of his associate Robert Smith, and their wives.

Matson, who has spent a portion of his nearly 40-year law career as a bankruptcy trustee, acting as the main fiduciary on often complex corporate bankruptcy cases, oversaw the untangling of LandAmerica’s collapse. The once mighty Henrico-based title insurance firm went under in a heap in 2008 as the Great Recession was beginning.

The case was brought to what was considered a successful conclusion in 2015, with Matson recovering ample funds for creditors and setting aside around $3 million should incidental matters arise. Those funds were not to be disbursed until the wind-down period came to a close in 2021.

But in August 2019, it was brought to the bankruptcy court’s attention that the wind-down funds were missing and the account’s balance was zero.

The discrepancy was brought to light by Protiviti, which works as a financial adviser on bankruptcy cases, including those of LandAmerica and, and at the time, LeClairRyan.

Smith, a former employee of Protiviti, led the advisory firm’s work on the LandAmerica case.

When questioned about the missing funds last year, Matson told Judge Kevin Huennekens the money was accounted for and gave various excuses, including purported business reasons, for the money being moved about and ultimately into personal accounts.

“In retrospect, that clearly was probably not the best idea,” Matson told the judge. “And I may have made a mistake.”

In an affidavit attached to the VSB’s revocation order last week, Matson admitted that the funds were transferred to his and Smith’s accounts “for our benefit.”

“It is my position that I disbursed the $2.5 million as discretionary bonuses and that I preserved (an additional) $341,000 in an escrow account which was in my name,” he said in the affidavit, dated Nov. 13.

While the full $2.8 million has since been returned by Matson to the LandAmerica bankruptcy estate, the VSB said its investigation of the matter was prompted by previous media reports about the missing funds.

When confronted by the VSB, Matson conceded that the allegations are true and that he could not successfully defend the claims. He ultimately consented to revocation of his license to practice in Virginia.

Matson did not respond to requests for comment Tuesday afternoon.

Smith, who now works at patent analytics and litigation finance startup Randolph Square IP, has not been charged by the VSB to date. While Smith has a law degree from University of Richmond, he does not appear to have an active practice. Matson also was previously involved with Randolph Square.

No further allegations have been filed in federal court related to the matter.

The saga may continue on within the confines of the LandAmerica bankruptcy case, which was forced to be revived four years after its conclusion as a result of the misappropriated money.

Matson, as a result of last year’s hearings, was forced to relinquish his role as trustee in the case, despite his pleading with the judge to stay on. Veteran Richmond attorney Benjamin Ackerly, who is retired from Hunton Andrews Kurth, was appointed to replace Matson.

Ackerly was tasked with investigating and tracking down the transfers Matson made and distributing the remaining funds back to the estate. That investigation continues.

How he escaped criminal charges is amazing. Blatant disregard. Urged the judge to leave him on as trustee at the point the money was being asked about? What??

Also, claimed confusion on the complexity of the case as one of the main reasons by simplifying his tasks by putting client money in his wife’s bank account?

Come on, the lying is amazing. What’s next in his career….home renovation in the city?

I bet he hiked the AppalachianTrail as much as Mark Sanford did.

You are surprised America has a criminal justice system that ignores white collar crime and those who work within the system?

No. All Americans are perfectly free and equal. No systemic issues here, at all…

The company Bruce and Rob started (Randolph Square IP) was listed in the RVA Top 25 for 2020… I wonder where they got the money, how can they get away with this. The system has truly failed.

So he paid the money back and that makes it ok? Like someone said, ONLY because he got caught. He didn’t have a change of heart and confess/apologize or show remorse. He’s a liar, a cheat and a thief. He needs to be prosecuted as any other NORMAL citizen would have been had they committed this crime. Just because someone survives an “attempted murder”, doesn’t mean the perp goes free and “is excused”. They go right to jail. No consequences for these white collar crimes. Disgusting.

The lack of criminal charges is another example of the “elites” protecting the “elites”. People wonder at the cynicism of ordinary people in our institutions (press, politicians, judiciary).

OK. So, he maybe sold off some investment property and liquidated some stocks to pay back and doesn’t face any criminal charges?

Matson, years ago, clerked for the Bankruptcy Judge. Later, he worked for a large, (formerly prestigious) law firm. He’s made some connections.

What a dope. How could he have possibly believed this would not have been discovered?

In no way am I defending Matson’s actions, which were so clearly in violation of the Virginia State Bar Rules of Professional Conduct (Rule 1.15), but they should not lead to criminal charges. Per the “Scope” section of the Rules, “Violation of a Rule should not give rise to a cause of action nor should it . . . be a basis of civil liability . . . or the extra-disciplinary consequences of violating such a duty.” I’m so tired of seeing comments like “the elites are protecting the elites.” No. An attorney violated the Rules, and his license was… Read more »

I assume that is exactly what Matson would have committed had he not been caught up front and given the money back.

So how can you explain it is not elites protecting elites? I’m sure you’re not going to say it was a Sunday and the banks were closed so he just used online banking to move the money to his wife’s account until the bank opened on Monday And he was being a boyscout ?

@Jim, interesting comment. Thanks. I have to ask: Does this fall under the definition of larceny, and if so wouldn’t a criminal charge be possibe? Just because it is addressed in Rule 1.15 doesn’t eliminate it from the state code does it?

Matt: a state prosecutor might look to § 18.2-111 (Embezzlement deemed larceny), but with Matson’s revocation in place and the funds accounted for, I’m not sure such a case would be brought.

So if you commit a robbery and repay the money there is no crime? Then there are alot of people in jail now for theft that should be let free.

Completely disagree with your analysis. Your quote of the rule using the ellipsis omits so much text that it takes it out of context. Nowhere does the rule state or even suggest that a lawyer cannot be prosecuted criminally for conduct that also violates the ethical rules. That’s absurd because of course lawyers routinely face criminal charges and penalties when convicted for acts that also end up as ethical charges and bar complaints. Your post gives the impression that lawyers are immune from criminal liability and that criminal statutes are somehow preempted by the State Bar’s ethical rules. There’s no… Read more »

@Jim Bohr: Jim – While I appreciate your calm analysis of this situation (in which the impulse is to scream, “lock him up!”), I think that returning of all the money should mitigate any sentence Matson receives for his crime. It seems pretty clear (though admittedly I do not have all the facts) that Matson held the money in hopes that no one would notice. Then, he got caught. Crime committed. I would not want to see Matson in jail for the simple reason that cages are for animals, not people. (Some folks –e.g., those who commit violent crimes– do… Read more »

OK. I steal you car and get caught. The car is returned so there should be no charges? Just because he is a middle-aged white guy doesn’t mean he is exempt from criminal charges.

I think you misspelled “fellow attorney”.

This is no different than walking into a bank and stealing money, except that criminal Matson was able to steal ALOT more money than a typical bank thief, which should make the criminal charges Matson potentially faces much more severe than criminal charges a bank thief faces who typically steals 10x less than what Matson stole and returned only because he got caught.

How anyone involved in this escaped criminal charges is beyond me. Having been the victum of hundreds of thousands of dollars in my retirement gone because of greed…..still to this day give me pause.