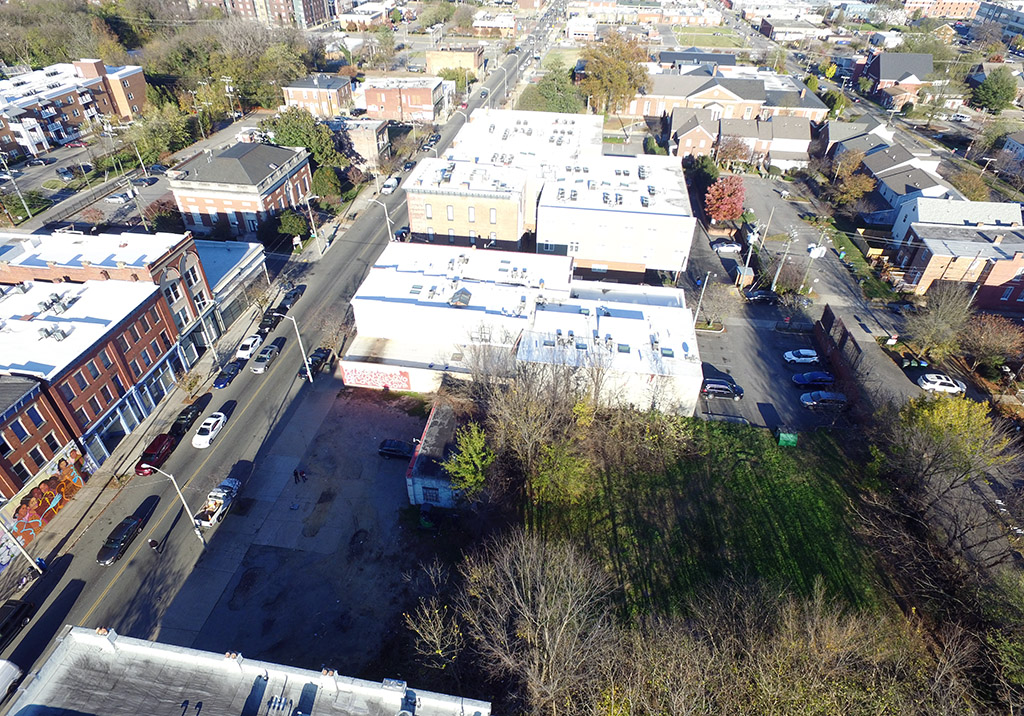 Shakil Siddiqui’s site is the open plot in the middle, with Hull Street running north to south next to it. (BizSense photo)

Editor’s note: This post has been updated to include additional information from development plans that was received after the story was published.

With plans already in the works for two dozen apartments on the next block, a Maryland developer has something larger in store for another Hull Street plot. 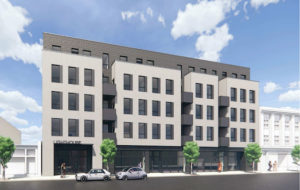 A rendering of the proposed project. Courtesy of city planning documents.

City documents show the project would be five stories, the maximum allowed by its B-5 zoning.

Of its units, 74 would be 1-bedroom, seven would be two-bedrooms and four would be studio apartments. The unnamed project would include 58 parking spots on the rear of the site and ground-floor commercial space.

The project’s plan of development shows it will include an outdoor courtyard and pool, as well as an indoor fitness center and club room.

SMBW is listed as the project’s architect. No general contractor is listed. Silvercore, Nyfeler Associates, PermitZIP and Balzer & Associates are all listed as its various engineers.

Siddiqui and his firm first entered the local development scene last winter after purchasing the former Lighthouse Diner building a block down the road at 1228 Hull St. at a government-approved auction of some of the assets of embattled local businessman and landlord Michael Hild.

Siddiqui razed the old diner this summer and is now planning a 24,000-square-foot mixed use project with 24 apartments and ground-floor commercial space. That site is currently a pad. No further construction on the project has begun.