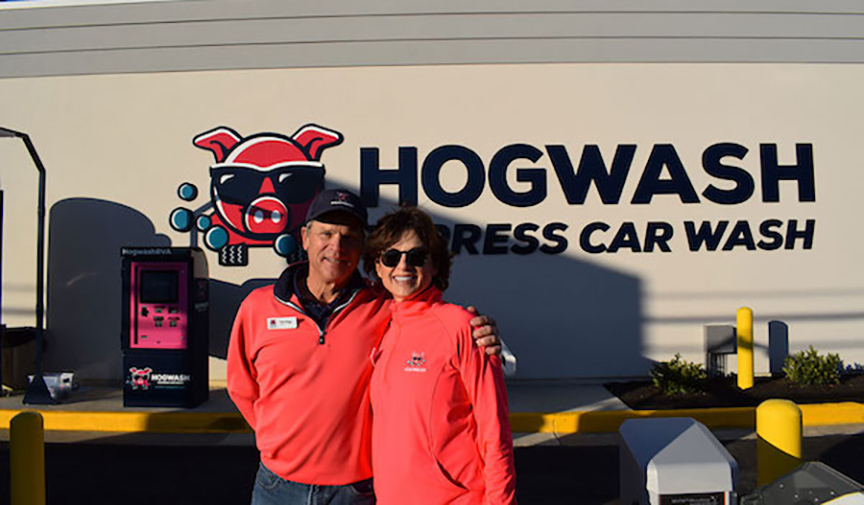 After an old pancake house packed up and left, a local car wash brand is ready to bring some new shine to a plot on West Broad Street.

Hogwash Express Car Wash is planning to open its second location in the region at 4205 W. Broad St. Aunt Sarah’s Pancake House had operated on the property for over a decade before closing over the summer.

Hogwash is owned by local married couple Janet and Tom Hogg, who got their start in the industry two years ago when they purchased a car wash at 6100 Nine Mile Road in Henrico.

“I was pretty much addicted to having my car clean, and I was looking for a carwash,” said Tom, who drives a Ford Fusion. “I found that the whole eastern Henrico market was underserved. One thing led to another and we purchased that wash and established our brand.”

Getting into the car washing business was a change of course for both Tom, whose career is in engineering, as well as Janet, who’s worked in real estate, marketing and as a flight attendant over the years. 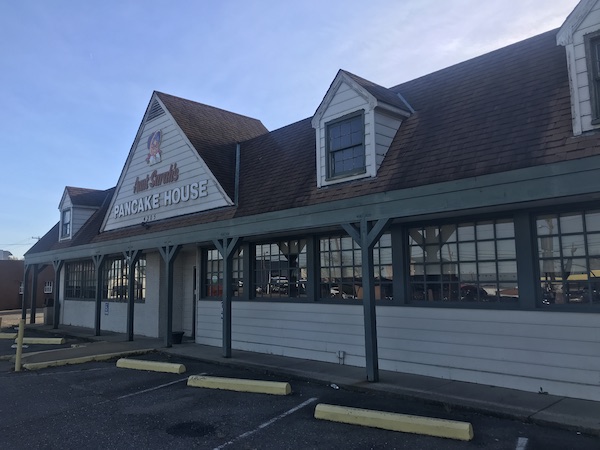 “This had been rolling around our heads a while and he came home and told me, ‘Yeah we’re going to open a carwash and we’ve gotta go to carwash college,’” Janet said. “There’s a lot to learn. You might not think there is, but oh my god.”

Two years later, after courses on car wash maintenance and mechanics, the couple is doubling Hogwash’s hoof-print with a spot on West Broad Street. Charlottesville-based investors Tee Valentine and John Epley are also buying into the new location.

Through their holding company River City Corp., Valentine and Epley own a myriad of unrelated businesses throughout central Virginia. In their portfolio is a security company in Charlottesville, a portable toilet supplier in Crozet and a tractor company in Stuarts Draft. 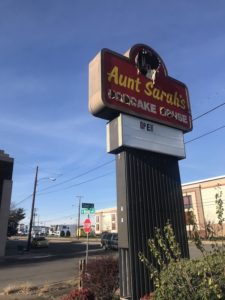 Despite the sign’s claims, the Aunt Sarah’s Pancake House on West Broad Street has closed permanently.

“We’ve just been interested in a variety of different businesses and have built our holding company through acquisition since June 2016,” Valentine said. “We’re old friends (with the Hoggs) and were impressed with their brand.”

The Aunt Sarah’s building will be razed to make way for the new 3,100-square-foot car wash, which will include a conveyor to bring cars through the wash. Hogwash is leasing the site on West Broad from Sauer Properties and hopes to open in summer 2021.

Hogwash’s services range from $5 to $20 and include free access to vacuums.

Another car wash brand is also preparing to increase its footprint in the region. Tommy’s Express Car Wash spent nearly $5 million to acquire land for two new locations: one in Chesterfield and the other on Arthur Ashe Boulevard.

Thanks Debbie. We are looking forward to being in 23226 – a great neighborhood!

Your article states that “Aunt Sarah’s Pancake House had operated on the property for over a decade before closing over the summer.” It’s over a decade alright. It’s more like 50+ years.

Robert…..you beat me to it! Someone didn’t do their homework!

A needed location for a car wash in the Fan.

It’ll be nice to have a modern car wash in the neighborhood–no need to drive a few miles down Broad to Henrico anymore–but the article doesn’t mention whether the car wash will own or lease its land. Land is becoming very valuable in the near west end so I’m surprised that this plot will not be used for more luxury apartments or retail/offices as it is a few blocks to the east with the UMFS development at Broad & Kent.

As a resident of Sauer’s Garden this is a pretty disappointing proposal. The idea of idling cars and vacuum cleaners going all day up against residential is unfortunate. It’s a rather grim section of Broad so we were hoping for a more appealing neighborhood amenity especially with all the changes closer to Scott’s Addition and the upcoming zoning that will allow higher density along the Pulse corridor. Maybe we are a business cycle or two away from having that type of development here. I do sincerely wish the owners the best of luck as their other location looks to be… Read more »

Matt, I certainly understand your concerns. Please come out to the original Hogwash Express at 6100 Nine Mile Road in Highland Springs. I think most folks out there would agree the neighborhood has improved since we renovated the facility in 2018.