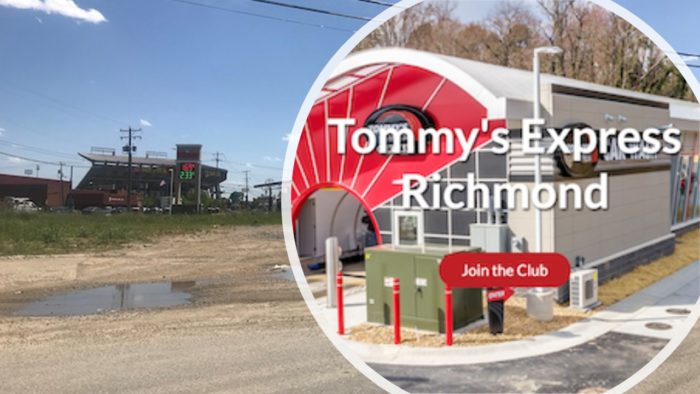 A national car wash brand’s local operators have dropped nearly $5 million in recent weeks for two new sites: one near The Diamond and the other in the suburbs.

Mark O’Neil, a partner in the local Tommy’s franchise with Rob Worrell and a third unnamed partner, said they’re planning new Tommy’s locations at both sites.

The Michigan-based chain’s first Richmond location opened in Forest Hill last year, and O’Neil said they have plans beyond these first three washes.

“We’d like to do a minimum of five locations and maybe as many as 10 in Richmond and the surrounding area,” O’Neil said. 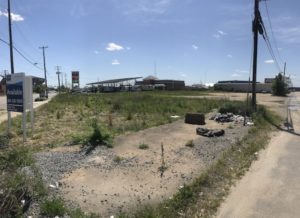 The roughly 1.2-acre plot has been vacant for years. (Mike Platania)

The Boulevard and Hull Street properties most recently were assessed by the city and county at $1.35 million and $1.98 million, respectively.

O’Neil said the new locations will be similar in look and size to the Forest Hill location, and that they’ll have many of the same Tommy’s features, such as license plate-reading technology to allow its members to go through the wash touchless.

“The core design is really part of the Tommy’s franchise package. They have a particular design look they look for and that’s the foundation for us,” O’Neil said. “We expect to be able to replicate the (Forest Hill location’s) building.”

Kimley-Horn is designing the locations, and a general contractor has not been selected, O’Neil said. Colliers International’s Marc Allocca represented the buyer in the deals, and his colleagues Peter Vick and Harrison Hall had the listing on the Arthur Ashe Boulevard land.

Both new locations are expected to open in either Q2 or Q3 2021.

O’Neil said the Forest Hill Tommy’s has been open during the pandemic as it fell under Gov. Ralph Northam’s classification of essential businesses.

“People are going to need clean cars, whether we’re under the pandemic or not. A clean car’s a healthy car,” he said, laughing.

Even though the crack of the bats and cheers of fans have been silenced at The Diamond this spring, there’s been plenty of action on the land surrounding the stadium this year.

In late March, VCU spent $11.7 million on about 11 acres at 2701 Hermitage Road, where it’s planning an athletic village. Prior to that, Thalhimer Realty Partners and entities tied to the development firm bought the Wesco Distribution and Idealease sites across from The Diamond for a combined $7.75 million.

As a member of the Tommy club, it is nice to get a clean and fair priced car wash. The machines, to me, clean better than Rio and for far less price than CarPool. The location is great and even with the social distance vacuuming, I never have waited.

Agreed. A win on both locations!

I know people dig these, and it’s not like the existing lot is gorgeous, but do their buildings have to be so visually painful? The new one on Forest Hill hurts my corneas.