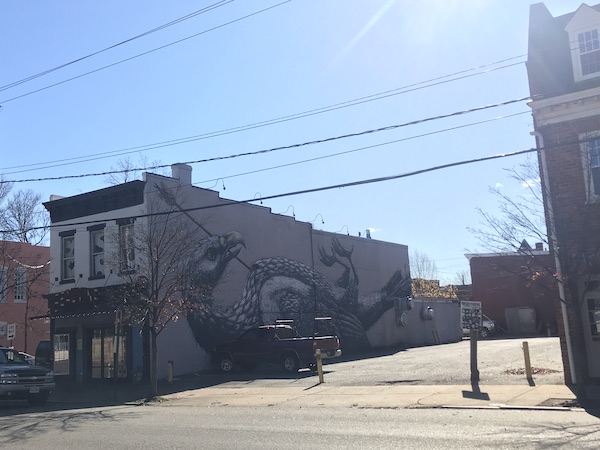 The parking lot next to Beauvine Burger Concept is set to be replaced by a 3-story, mixed-use building being developed by John Conrad. (Mike Platania photos)

A busy commercial stretch in the Fan is set to get even more retail space as a landlord and former city councilman looks to fill in two surface parking lots.

Once the two parking lots are filled in, Conrad said he’s planning to renovate the Stonewall Jackson building to include five residential condos.

The plan comes 15 years after Conrad purchased the three properties for a combined $2 million. 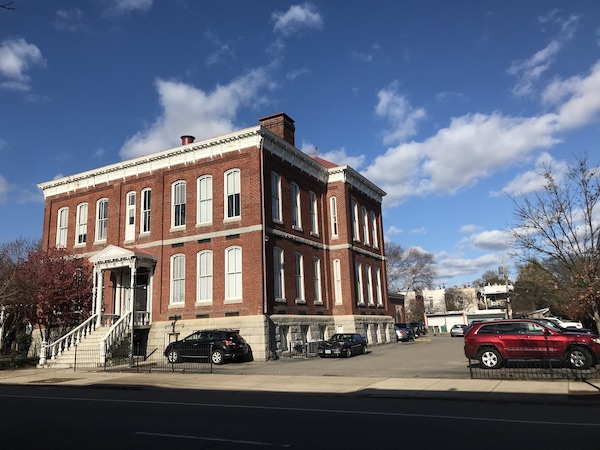 A similar building is planned for the parking lot of the Stonewall Jackson Professional Center down the block.

“This is our long-term plan,” said Conrad, who served three terms on the Richmond City Council from 1994 to 2000. “We’ll do the two new buildings over the next few years. Then, in three to five years, we’ll do the renovation of the existing (Stonewall Jackson) building.”

The new construction buildings will be similar in size and design, with a to-be-determined mix of office, retail and apartments across three floors.

Each building could house up to six one-bedroom apartments and about 1,200 square feet of commercial space. Local firm Irby Architects is the project’s designer.

Conrad said he’s able to build the new buildings by right, but is seeking special-use permits to ease height restrictions.

A rendering of the building planned for 1518 W. Main St. (Courtesy of John Conrad)

“The new buildings will be about eight feet taller than what’s allowed at about 36 feet tall,” he said. “We’re only proposing the types of uses that are allowed.”

Once those buildings are completed, Conrad will turn his attention to the 15,600-square-foot office building, which he speculates is — at 56 feet tall — among the tallest in the neighborhood west of VCU’s campus.

The building’s first floor is an English basement that was the longtime home of Baja Bean Co. It has since been converted into retail space for Boho Basement and Small Friend Records & Books. Conrad said the first floor will continue to be used as retail or restaurant space.

The three upper floors are currently all office space, but during the renovation Conrad said he’s planning to add residential space.

“It’s a classic adaptive rehab, as they say. We currently have all office space in the building right now,” Conrad said. “We’ve gotten approval from the state’s Department of Historic Resources to qualify it as a tax credit deal.”

Conrad, who founded his law practice, The Conrad Firm, in 2001, said this isn’t his first time in development. Prior to his time in local government, Conrad was in the motel business for 30 years, during which time he built and renovated a pair of motels.

“I don’t have the background a lot of people do, but I’ve been a small-time developer my whole life,” he said.

They should go for four or five stories to make more tax money of off of it.

I was fortunate to have my business located in that building for 11 years. John Conrad is one of the finest people I’ve ever known in business and the greatest landlord I could have had.

Knowing John and how he works, this will be a quality job and his customers will be treated quite well.