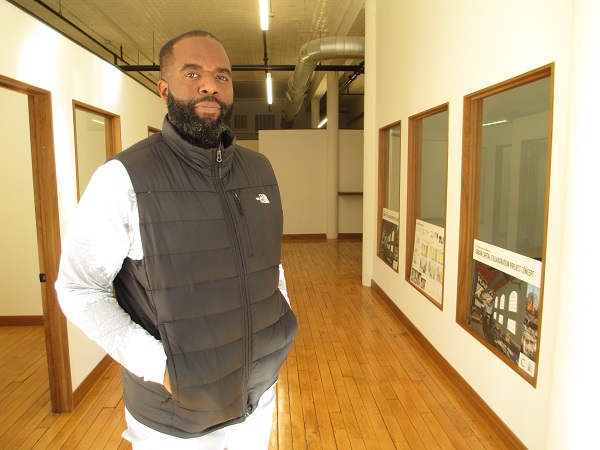 LaMar Dixon isn’t giving up on his long-promised business incubator, even if the building it was planned for remains in legal limbo.

The local real estate agent and principal of Dixon/Lee Development Group is preparing to open Capital Station, an incubator for first-time entrepreneurs, at 1322 W. Broad St. The VCU-area storefront is about a mile from the facility’s originally intended location in the former American National Bank Building at 201 W. Brookland Park Blvd.

Dixon is moving forward with the project despite unsettled business with the City of Richmond, which is seeking to get back a $200,000 grant it gave him as an incentive to support the original plan of redeveloping the long-dormant bank building.

After job creation and financing benchmarks were not met according to their performance agreement, the city last year declared the developer in default and sued Dixon/Lee to collect the funds. A default judgment against the firm was granted in circuit court this summer, and the $200,000 was awarded as damages to the city and its economic development authority, which provided the funds through a pair of grants.

Five months later, the money has yet to be collected. And the bank building, while poised to revert back to its previous owner, the Richmond Redevelopment and Housing Authority, remains under Dixon’s ownership.

Dixon, who is aiming to open his Broad Street incubator early next year, said he was unaware of the default judgment until late October, when he came across a lien while conducting a title search. He said he is capable of paying the incentive money back and was trying to work with the city on a repayment plan when the lawsuit was filed. 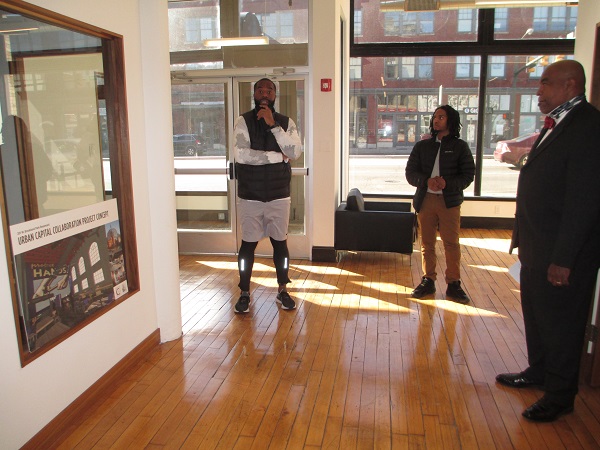 “We just became aware of it,” Dixon said earlier this month, referring to the judgment. “We want to re-engage with the city to figure out how to repay the debt.”

Dixon said he was never served with the lawsuit, despite multiple attempts by the city and a private process server that, according to filings in the case, attempted to serve him at four addresses including the Broad Street building, where Dixon has an apartment above the planned incubator space.

Dixon attributed the serving situation to circumstances surrounding the pandemic and to turnover in City Hall and at RRHA, where administrators he had been working with have since moved on. He said he remains willing to work with the city and was waiting out election season to know who he should reach out to.

When the lawsuit was filed in April 2019, Dixon had been corresponding primarily with Doug Dunlap, a city administrator who was overseeing the economic development department at the time. He had also been in touch with Damon Duncan, the RRHA’s then-CEO, according to copies of emails that Dixon provided.

Both Dunlap and Duncan resigned this March. That same month, the lawsuit started picking up steam, with the city attorney’s office filing a motion requesting the default judgment, which was granted in late July. 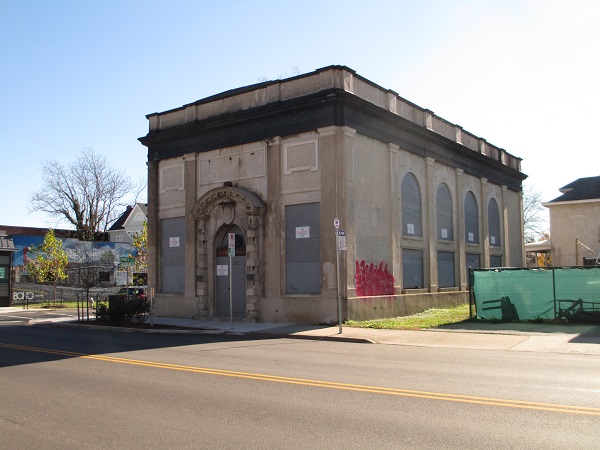 The former bank building on Brookland Park Boulevard as it appeared earlier this month.

With that judgment, RRHA is now free to take back title on the bank building through a right of reversion on the property, which it sold to Dixon/Lee for $20,000 as part of the 2015 development agreement with the city. But Angela Fountain, a spokeswoman for RRHA, said it is waiting on the economic development department before moving forward.

In an email last month, Fountain said RRHA “is waiting for final resolution of the city’s legal claims against Dixon/Lee,” adding that it would be coordinating next steps with the economic development department.

Leonard Sledge, the city’s economic development director, when asked where the process stands, said the EDA is pursuing the $200,000 from Dixon/Lee.

“We will continue to exhaust all legal means to collect monies owed to the EDA from the legal entity,” Sledge said in an email.

‘Designed to end me’

Since the lawsuit was filed, Dixon said he offered to sell the bank building to outside buyers in an effort to satisfy the $200,000. In June, he wrote RRHA to inform it of an offer he’d received on the property, and to ask it to modify or remove its reversion clause to allow a sale to proceed.

His letter prompted RRHA to check with Dunlap, who said the city expected RRHA to recover the bank building once a judgment was entered. Dixon met with Duncan in September and again in November, according to the emails, but he said his offer never received a response. 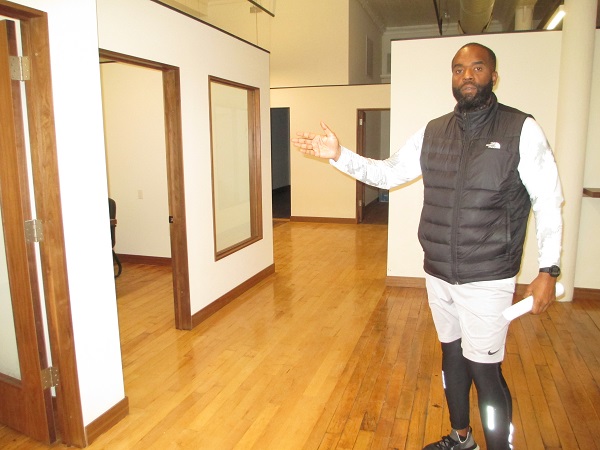 Dixon contends that the city stopped trying to work with him because of media coverage surrounding the Brookland Park project. He said the media coverage, and the city’s response to it, has been disproportionate compared to other economic development deals.

“This is the most aggressive that the City of Richmond has gone after any development deal,” Dixon said. “If we can find an amicable way, I want to do whatever way is amicable. But this was designed to end me.”

The bank building remains under the ownership of another of Dixon’s business entities, 201 West Brookland Park LLC, which lists his Broad Street apartment as its principal office.

Dixon said he turned his attention to the Broad Street space once it became clear that the bank building project could not go forward. An email exchange with Duncan shows that he had been planning a “business innovation center” in the Broad Street space since at least last November, with a goal of opening it at the start of this year. 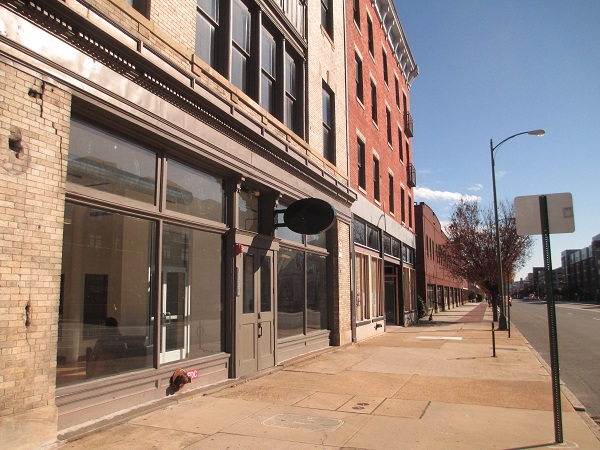 Now targeted to open early next year, the Broad Street accelerator appears to be a go, with the ground-floor commercial space built out with meeting rooms, a kitchen area and other spaces. The storefront previously housed an Aroma Café coffee shop.

Dixon said he signed a five-year lease last month for the 2,700-square-foot space, which includes a basement that he wants to use as a food processing and distribution area for a farm-to-table program to support Black farmers. He’s working with Charles Shannon of Richmond-based group Faith Leaders Moving Forward to develop the program.

While the center has yet to open, Dixon, who’s pursuing an MBA from William & Mary through its online program, said he’s been working with dozens of startups that would use the accelerator for business training, shared equipment and other resources.

He said use of the facility would be subscription-based, with an emphasis on helping Black entrepreneurs, though he said all first-time business owners would be welcome.

“The project itself was not about the building; it was about the innovation center,” Dixon said. “Instead of being disconnected, we’re bringing people together.”

Unfortunate that this guy will be giving business advice to aspiring entrepreneurs.

Even more disturbing is the total lack of professionalism and accountability of the City and bureaucrats, along with RRHA. It is worse than the Keystone Cops. How long has this been going on?

What was unprofessional or unaccounted for? They have given him every extension and favor possible before taking him to court. Now he wants to play the victim when the taxpayers of our city are the victims here.

You don’t “revert back” you just revert.

You could revert forward but that would a neutral move. 🙂

Dixon wants to do “whatever way is amicable”? What’s amicable in this situation is to give the tax payers their money back and not go to prison.

The grant money should go to those men and women who lost their businesses due to COVID-19 and the riots last summer. It should not be spent to line a crook’s pocket under the guise of helping small businesses.