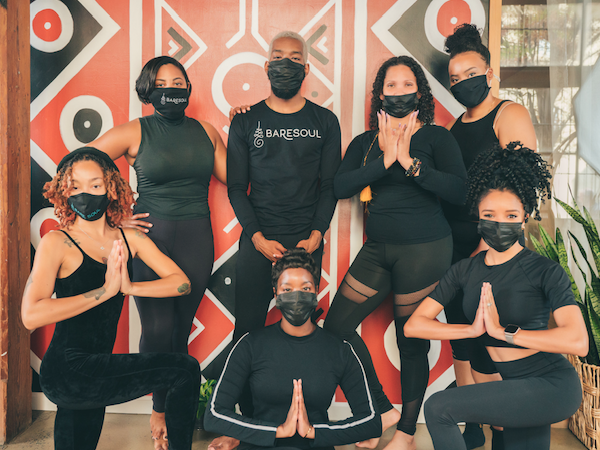 A local yoga brand has found a place to lay its mat in Shockoe Slip, taking over a space formerly used by another studio.

BareSOUL Yoga and Wellness recently opened a brick-and-mortar location at 13 S. 13th St. in Shockoe Slip. BareSOUL has spent the last several years as a pop-up, bringing yoga programming to facilities run by clients like the city’s parks and school system.

Owner Ashley Williams said a driving force behind the studio has been her desire to increase Black representation in yoga and create a space that centers on Black practitioners.

Williams said that in her experience, many yoga participants and instructors are white, so much so that some minorities can feel unwelcome in some studios.

“When you don’t see someone like you practicing, you tend to think it isn’t for you,” said Williams, who also works part-time as the mindfulness director at Martin Luther King, Jr. Middle School.

The studio has 11 instructors, most of whom are Black.

Memberships run from $65 to about $111 a month. Lower-priced memberships are targeted at lower-income folks, while the more expensive memberships are aimed at higher earners and people who want to provide an investment in the studio. All memberships have full access to the studio’s offerings, including unlimited access to online content.

Though in-person programming is being done, the studio has, like others in its industry, invested time and effort to develop online offerings. BareSOUL records both live streams of yoga routines as well as on-demand content. 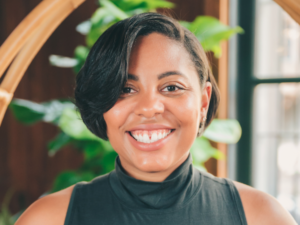 Ashley Williams is the founder and owner of BareSOUL Yoga and Wellness.

“We’re creating more virtual resources that our community can use without us,” she said. “That’s really what’s sustainable in this climate.”

BareSOUL’s move into Shockoe Slip is the second time the 5-year-old company has had a permanent studio space, after it ended a year-long stint in Jackson Ward in 2018. Williams backed out of that space in favor of a more mobile operation because she felt that by meeting people where they were, pop-ups were a better fit for the business’s mission at the time.

But, with the social disruptions that the pandemic has caused, she said it now seems important to build a more rooted community, anticipating that would-be members might be eager for a more social experience.

“This way we’re able to meet everybody where they are. Right now, it feels aligned (to our mission) because we have an opportunity to build a community and offer a home to members,” said Williams.

BareSOUL opened in its new space in November, shortly after Humble Haven Yoga vacated the spot after a five-year run there. Humble Haven opened a Henrico County location last year, and continues to operate out of that space.

Another newer local fitness venture, Hour Cycle Studio in Manchester, has a similar mission of bringing a largely white exercise experience to a Black audience.

Wish them all the best