Chop Chop RVA offers mobile and desktop ordering and it has its own staff of delivery drivers. (Images courtesy of Chop Chop RVA)

Armed with CARES Act funding and teaming with a local food delivery service, the city is moving forward with a plan aimed at easing some of the pain Richmond restaurants are facing as they’ve been forced to focus more on to-go orders during the pandemic.

Last week, Richmond’s Economic Development Authority approved a $120,000 grant to Chop Chop RVA, which will use the money to reduce the delivery commission rates it charges to restaurants from 20 percent to 7 percent for three months, and expand its delivery footprint to include the entire city limits.

At 7 percent, Chop Chop’s commission rate will be less than a quarter of most national apps such as DoorDash and UberEats — which are typically around 30 percent. The lower delivery commission rate is expected to allow restaurants to turn a higher profit on each order.

Those higher commissions in the face of the pandemic caused some Richmond restaurateurs to push back against big delivery apps in the spring, encouraging people to order directly or through local couriers. 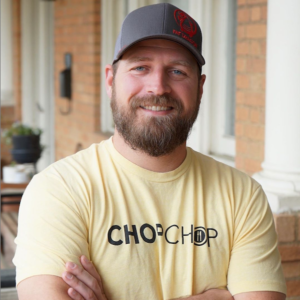 Chris Chandler, who founded Chop Chop in 2018, said that by receiving the city grant, he’s committing to adding about 75 new restaurants as clients, which would nearly double his current roster of 85.

Chop Chop currently serves about 65 percent of the Richmond area.

Chandler will add 75 drivers to his current staff of 120, and hire between five and seven employees to help with things like marketing and sales.

He said some restaurants get caught in a loop using national apps.

“You’re pushing food out the door but not getting any money from it,” Chandler said. “It’s not really a delicate way to put it, but the restaurants are addicted to the larger companies and it’s almost like you need to have an intervention with them. The GrubHubs and DoorDashes are charging them such a huge amount of money that restaurants are not making any money, at all.”

The pandemic-induced shift to delivery-heavy restaurant operations proved to be a boon for Chop Chop. Chandler went from considering shuttering his business in February 2020, to seeing a 500 percent increase in business by May. He said getting the new grant means he’s going to have to double his business yet again. 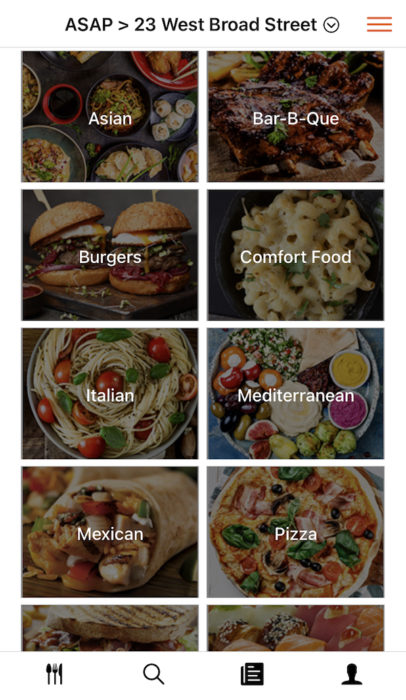 Chop Chop RVA was founded in 2018 and now has 85 local restaurants as clients.

Chandler said the goal is to bring on enough new restaurants that he’ll be able to keep Chop Chop’s commission rates at 7 percent even after the grant money runs out.

“If we can get a good, strong push for growth and we can get some of these restaurants to cut away from the bigger guys, then we can fine tune our process and operate at this lower level of commission for the restaurants (even after the grant term ends),” Chandler said.

He said the fine details of the grant agreement will be ironed out with the city and the EDA this week. The funding is coming from an allotment the city received from the federal CARES Act in the spring.

The EDA approved the grant unanimously at its meeting last Thursday, the same day it approved hiring a Louisiana-based consulting firm to help evaluate casino proposals. Local restaurateur Jason Alley, who was hired by the city last fall as a policy advisor, supported awarding the grant to Chop Chop at the meeting.

“I live in Richmond and I’m going to be here my whole life. I want it to grow and be amazing,” he said. “If one of the things we can do is help keep the money in Richmond and not keep giving it to these bigger companies, that’d be great.”

Just this: 1. Why is the City of Richmond using taxpayer dollars (local or federal) to fund private business? (Is City Council better than the market at picking winners and losers?!) 2. Allowing restaurants to open would begin to solve restaurants’ financial woes. I think patrons would be adult enough to assess the risks and act accordingly.

Adults would be able to assess their own risk if restaurants were open at maximum capacity? How does that work? Is that why we have nearly 500k covid deaths now?

The purpose of the CARES Act is to help out businesses during the pandemic and this keeps the money local.

I actually think this is a smart way of using public money. As long as the platform is open to all restaurants, it still lets the market pick winners and losers. This makes a lot more sense than paying restaurants to employ people who don’t have enough work to do.