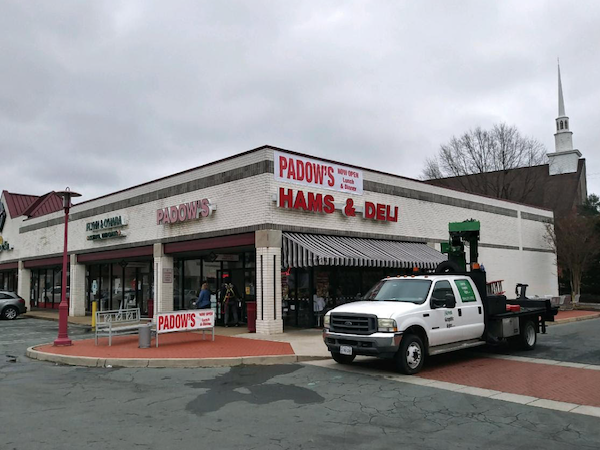 There’s a new boss behind the counter at Padow’s Hams & Deli in North Chesterfield.

Leo Bialkowski is now the franchisee of the local sandwich chain’s spot at 9720 Midlothian Turnpike.

Bialkowski made the leap into restaurant ownership after a decades-long career in kitchens working for others. His decision was prompted in part by tough job prospects in the pandemic following his layoff from CineBistro, which had temporarily shut down at Stony Point Fashion Park.

“I was looking to buy a restaurant rather than work for somebody else,” he said.

As he reviewed his options, the Richmond native and longtime customer of Padow’s said the sandwich joint wasn’t at the top of his list until he learned the then-owner, Chuck Fodor, was about to give up on finding a buyer for his franchise and was thinking of closing down the location.

“My wife and I talked to each other when he started to talk about what he would accept and that piqued my interest,” he said. “It’s a piece of Richmond Americana. It’s like buying a Ukrop’s or a Sally Bell’s Kitchen.”

Bialkowski’s wife, Kate Russell Bialkowski, co-owns the Padow’s with him. He didn’t disclose how much they spent to buy the restaurant, which has six employees. Rich Holden of Holden Realty brokered the deal, which closed mid-January.

Under Bialkowski’s leadership, the shop will emphasize increased catering and gift baskets aimed at nearby businesses as a way to develop a stronger revenue stream to accompany the traditional focus on dine-in service, which has been challenged by public health restrictions that limit how many diners can be in the shop at once.

The 2,100-square-foot restaurant has a capacity of 75 seats, but with COVID restrictions that number is trimmed down to 35. The restaurant also has a patio with space for 25 diners.

The gift baskets, which Padow’s has offered in the past, will tap into the brand’s bench of packaged foods for retail sale, such as peanuts, jellies, hams and other items. The baskets will range in price from $30 to $250.

“It’s extremely low hanging fruit to make boxed lunches for these companies,” he said. “We’re trying to think outside the box to get those revenue streams that are outside the restaurant.”

Padow’s was originally established as a deli and grocery store in 1936. In 1988, Sidney and Eddie Padow, current owners and son of the company founder, George, opened Padow’s first sandwich shop at Willow Lawn Shopping Center. Bialkowski’s location first opened in 1990. There are currently four Padow’s locations, three of which are franchises.

Until last year there had been a Padow’s location in Richmond City Hall, before the city government kicked the restaurant out in favor of a branch for RVA Financial employee credit union.

Elsewhere in the Chesterfield restaurant scene, a vegan restaurant is taking shape near Rockwood Park.