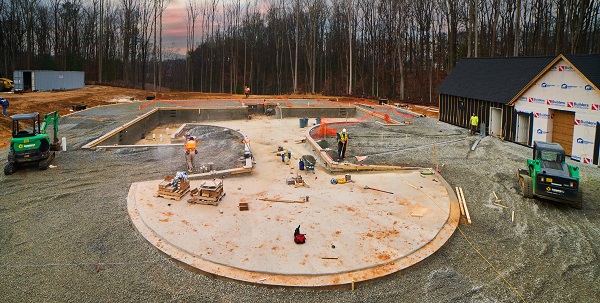 Crews work on the pool taking shape behind the clubhouse of the 450-home Giles subdivision in Hanover’s Atlee area.

A nearly 450-home development in Hanover’s Atlee area is filling out with an additional builder on board.

The company has signed on to build 31 single-family homes and 52 townhomes at the community’s northern end, beside Staples Lane. It is purchasing the lots from developer Willie Goode, who is developing Giles with Midlothian-based East West Communities. 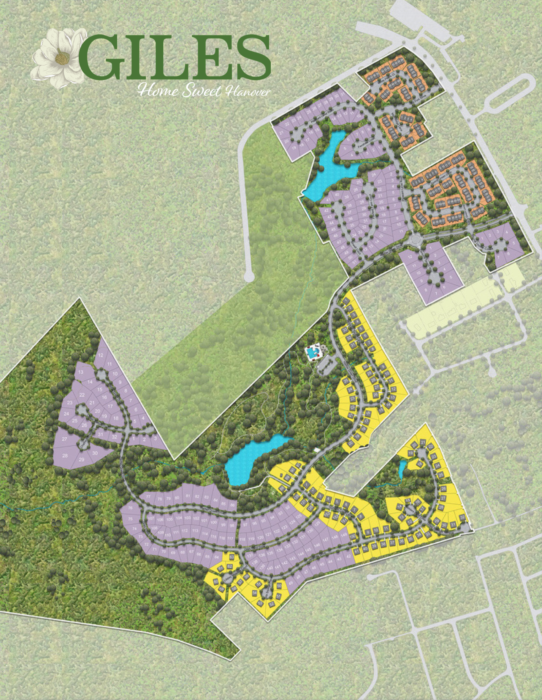 A master plan of the development. HHHunt’s section is at the northern end. (Click to enlarge)

Ryan Homes is building the remainder of the homes, which at buildout are planned to total 320 houses and 122 townhomes. Since starting sales two years ago, Ryan had sold 185 homes by November, making Giles the builder’s fastest-selling new community in the Richmond market, according to a release from East West.

HHHunt started sales late last year on an initial section of lots on Fenshaw Court. Hanover County property records show the company paid $1 million for eight lots in a transaction that closed Nov. 23. Each of the lots is about one-fifth of an acre or smaller.

Susan Williams, sales director in HHHunt’s Glen Allen office, said most of those initial lots have sold, and the remaining lots will be marketed as they’re developed in coming months. She said the townhome lots should be available for sale by late spring.

HHHunt’s houses will be priced starting in the low $400,000s, with four to seven bedrooms, 2½ to six bathrooms and sizes ranging from 2,000 to 2,800 square feet. Construction on a model is underway.

Its townhomes will range from 1,970 to 2,200 square feet and start in the mid-$300,000s. Williams said the townhomes will be similar to what the company has built in nearby Taylor Farm, but with different façade styles and colors. 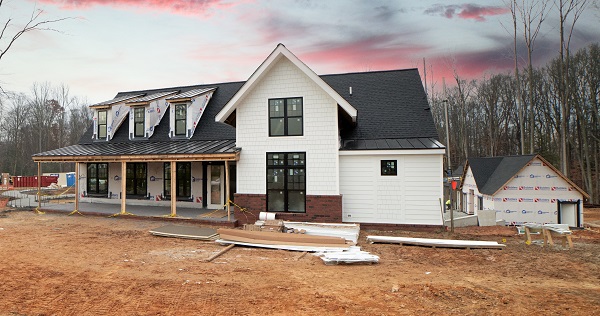 Construction on the clubhouse got underway last year.

Williams said HHHunt has an agreement with East West to market its homes along with the rest of Giles. Ryan’s houses start in the upper $300,000s and range from 1,800 to 3,600 square feet in size. Some homes on wooded sites can go for over $500,000, with two- or three-car garages and options for basements.

Meanwhile, construction is nearing completion on Giles’ clubhouse and pool, which are on track for a summer opening. Other amenities include pocket parks, two stocked fishing ponds, a treehouse playground with a zipline, and trails that wind through more than 100 acres of preserved woodlands, representing nearly half of Giles’ total acreage.

Giles adds to a busy workload for HHHunt in Hanover. In addition to Taylor Farm, it’s building homes at nearby Rutland Grove, a 48-acre community it’s also developing.