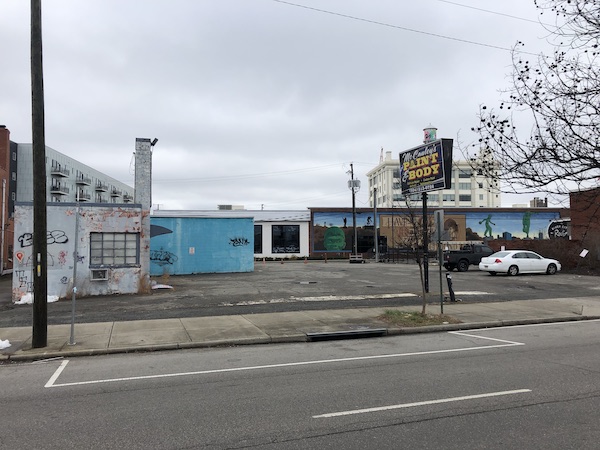 Another piece has fallen into place for a Maryland firm’s new residential development near The Diamond.

Outlier Realty Capital purchased 1101 N. Arthur Ashe Boulevard for $1.22 million last week, giving it control of the 0.3-acre site on which it plans to build a six-story, 29-unit co-housing project.

Outlier’s version of co-housing, in this instance, involves tenants in the building having their own private bedrooms and bathrooms but sharing other living areas.

Based in Bethesda, Outlier’s portfolio includes over 20 multifamily developments near Northern Virginia and in Eastern Virginia, including over 2,000 co-housing beds. The Arthur Ashe Boulevard project is Outlier’s first in Richmond and will add 148 bedrooms to its tally. A rendering of the co-housing project that would be Outlier’s first in the Richmond region. (City documents)

The company previously said during the SUP process that rents at the building would include all utilities and are likely to be between $800 and $950, with minimum lease terms of 90 days. Units would be fully furnished and tended to by a cleaning service.

It’s unclear when Outlier intends to break ground on the project. Calls and emails sent to Outlier’s managing partner Peter Stuart were not returned by press time.

While Outlier’s project will be offering the first rentable co-housing units, another such approach arrived in Manchester last year with a condo ownership model at 901 Porter St.

I am excited to see Richmond diversifying housing models offered; we need more and different housing types as family types shift and as the city addresses the need for more, quality low/affordable housing. However, I would encourage the author to reconsider the terms used to describe this new project. “Cohousing,” according to the Cohousing Association of the United States (www.cohousing.org), allows residents their own private homes/units, but the opportunity to share common spaces and the intention of living in community with deep social connections, shared values, and self-governance. As written, this development is very much “co-living” – where residents have… Read more »

What is new is old…I think these arrangements were called “boarding houses” in days past. I think to hear more about the specifics of the lease agreement and the criteria of your “roomies.” I do agree quality “affordable housing” is in short supply for our growing RVA.

If co-housing works, I will be surprised, but pleasantly so. (I am rooting for, not against.). That said, my skepticism is due to the low “Social Capital” found here in the USA. From solability.com: “The top 20 in the Social Capital sub-index is dominated by European countries from the North (particularly Scandinavia) – only Japan (13), Singapore (13) and South Korea (17) break into the ranks. The USA . . . is ranked 109, just below Jordan and above Dominican Republic.”