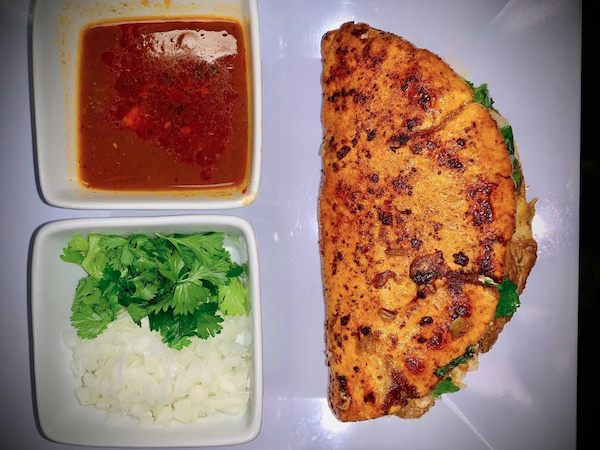 Heavenly Cove will serve Hispanic and Mediterranean cuisine. Pictured is the ghost kitchen’s gyro and birria menu item, which combines a gyro with the Mexican meat stew. (Photos courtesy of Heavenly Cove)

A first-time restaurateur is firing up a Hispanic-Mediterranean ghost kitchen.

Heavenly Cove plans to officially launch in early March. The concept is seasoned restaurant industry worker Franklyn Harris’s first foray into ownership, and he settled on the ghost kitchen concept in part due to the low cost of entry.

A ghost kitchen is a restaurant that eschews a dining room in favor of sales through delivery. Several ghost kitchens have popped up in Richmond in recent months, either as new concepts or pivots by existing outfits. Heavenly Cove plans to deliver its food through Chop Chop, a local food delivery company.

Harris said he hopes to carve out a space among Richmond’s restaurants with a menu that marries Hispanic and Mediterranean cuisine, a concept Harris said he hasn’t seen attempted locally. 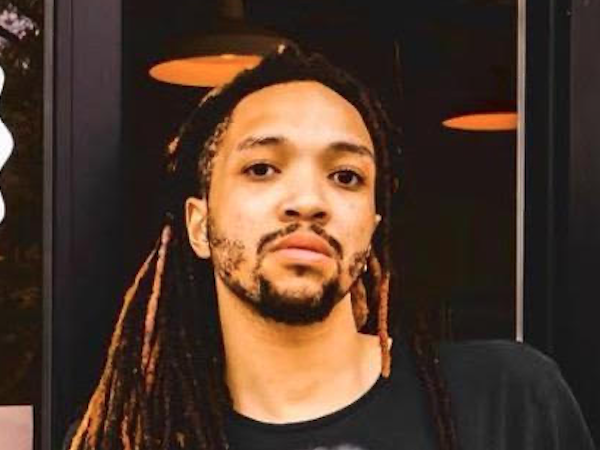 Heavenly Cove owner Franklyn Harris chose to open a ghost kitchen because of the low cost of entry. He plans to eventually buy a food truck.

“I thought this is a fusion I haven’t seen anyone do a take on, so why not try it?” he said.

The menu, with prices that will run from $6 to $16, will feature tacos, gyros, empanadas and chips served with salsa and tzatziki. A mainstay of the concept will be tacos and gyros served with birria, a Mexican meat stew that’s recently gathered steam in the United States, and something Harris discovered for himself about a year ago. Harris plans to serve the stew with tacos and gyros.

“You have this very flavorful taco and you dip it into the side of stew like a French dip,” he said.

Harris said a food truck is in the restaurant’s future, though a truck is a bit out of his price range for now. Through the ghost kitchen, he hopes to save money for a truck and also build the restaurant’s brand. Harris and his co-owner Janella James have one employee.

The cost to launch a food truck can vary, but tends to run from several tens of thousands of dollars to up to $100,000. Harris said he invested $5,000 to $10,000 in the ghost kitchen, which includes his space at Hatch Kitchen RVA as well as a marketing push by Big Spoon Co.

“Without that marketing, I’m just selling food to my family,” Harris said.

Good luck! We cant wait to try it….