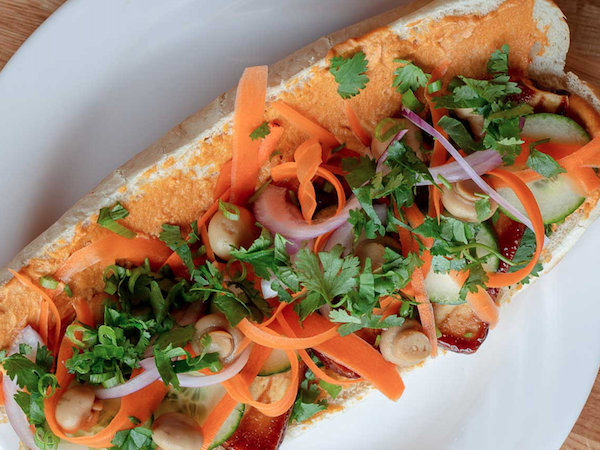 The ghost kitchen trend has landed in Richmond.

It’s the first of what will be three initial food concepts powered by Dunharrow Concepts, an umbrella company and ghost kitchen run by husband-and-wife team Jon Martin and Liz Clifford.

A ghost kitchen is a restaurant that forgoes a dining room and operates out of a commercial kitchen, preparing food for delivery.

Martin and Clifford, both restaurant industry veterans, latched onto the premise as a way to start a restaurant without the expense and hassle of a restaurant lease and service staff. 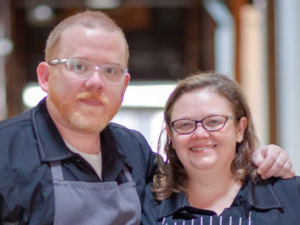 “We’re both longtime restaurant industry vets. We have about 40 years’ experience between us,” Clifford said. “What we love is food and cooking, and we wanted a business that didn’t involve the front of the house.”

Both Martin and Clifford are D.C.-area natives who moved to Richmond a couple years ago. Martin has experience working at Julep’s New Southern Cuisine and Pasture, the latter of which closed a year ago. Clifford previously worked at Comfort, which closed in February.

The company’s name is a nod to the couple’s love of J. R. R. Tolkien’s work.

Dunharrow, named for a fictitious place located near a haunted mountain pass in the “Lord of the Rings,” operates out of Hatch Kitchen RVA, a food-and-beverage startup incubator at 2601 Maury St. just south of Manchester that continues to attract tenants. Dunharrow’s food is delivered through UberEats and there are plans to join other delivery services.

The company was in the works prior to the pandemic, but the couple thinks they’re in good position to capitalize on restaurants’ shifts to takeout and delivery in recent months because of the pandemic.

“So much vegetarian and vegan food is focused on being healthy,” Clifford said. “We want people to be able to follow those lifestyles and still have something fun to eat.”

The next two Dunharrow concepts, Fat Kid Sandwiches and Victory Garden, are expected to launch this month. Fat Kid was inspired by what the couple saw as a niche yet to be filled in the Richmond region, while Garden Party is their take on the salad-focused restaurant model.

“I just really love a sandwich and around the time we moved to Richmond two years ago, I immediately saw the largest hole I’ve ever seen in a market,” Martin said, adding that Victory Garden is inspired by the customizable large salads of chains such as Chopt Creative Salad Co.

The rollout schedule was devised to maximize the use of supplies and build up customer enthusiasm, Clifford said.

“Our food costs work best when all three concepts are up and running,” she said. “We’re trying to build some momentum with getting our name out there.”

Martin and Clifford are the company’s only employees. They plan to double the head count down the line. Dunharrow also may introduce new food concepts in the future.